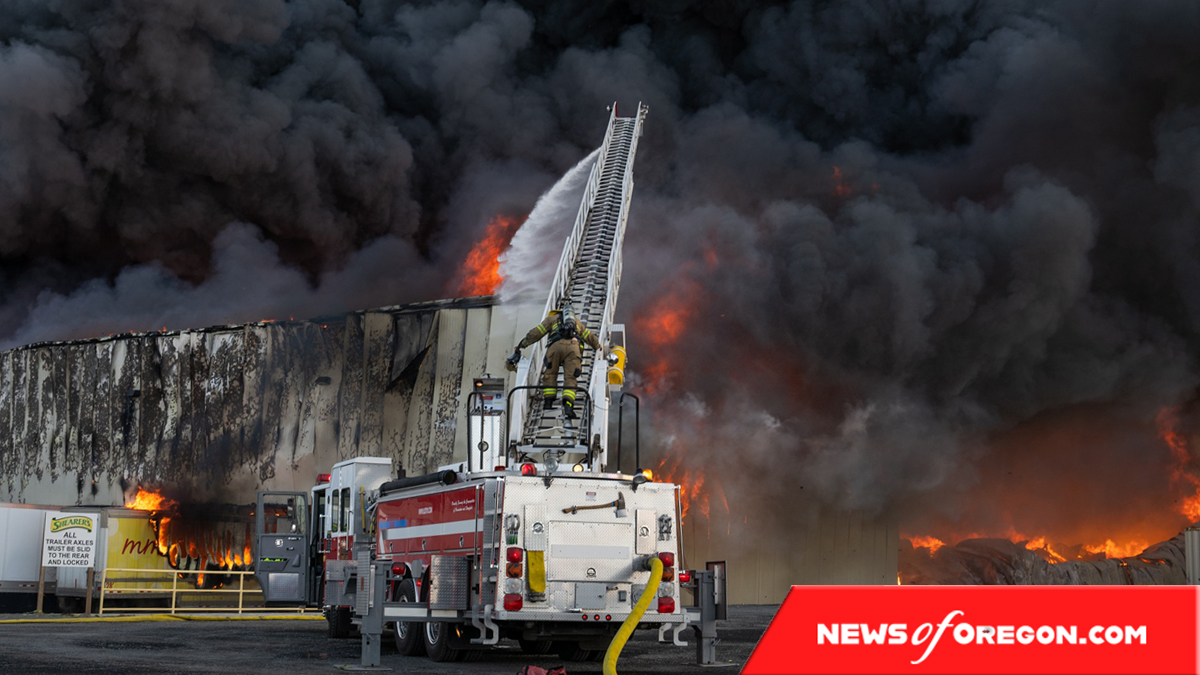 On February 22, 2022, shortly before 1 p.m. a natural gas powered portable boiler at the Shearer’s plant located near Stanfield exploded injuring 6 people and causing the closure of nearby roads and highways and evacuation of local hotels and residences.

The resulting fire was the largest that Umatilla Fire District had seen in the last decade. Roughly 60 firefighters from UFD and surrounding Fire Departments battled the blaze.

A total of 73 employees evacuated the warehouse yesterday after the explosion. All six of the injured employees who were transported to Good Shepherd Medical Center have been released.

Umatilla County Fire District #1 conducted fire watch throughout the night at the site. This morning an excavator pulled back siding, walls, and the roof of the warehouse, giving firefighters on Engine 23 the ability to reach hotspots obstructed by debris.