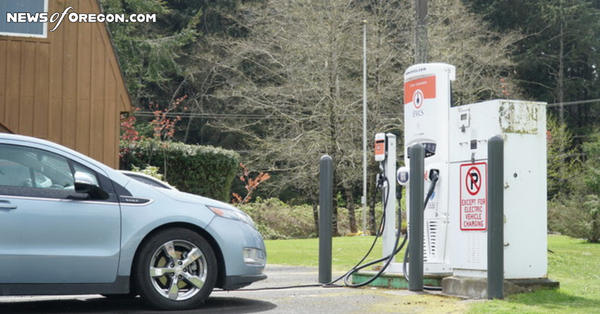 Oregon and dozens of other U.S. states received federal approval last week to use federal funding to build out public electric vehicle charging infrastructure along major roads, bringing the country (and Oregon) a big step closer to a standardized EV fast charging network.

ODOT and partners will follow the approved Oregon National Electric Vehicle Infrastructure Plan to complete fast charging networks along Interstates 5 and 205, and U.S. 97 starting in 2023.

ODOT and partners have not determined the precise locations of the new stations, although the stations on I-5 will fill in gaps south of Eugene to the border with California. The agency is still developing contracts and plans to issue Request for Proposals by early spring 2023.

The federal government will require states to update their charging build-out plans each year to unlock that years’ round of funding.

Send questions or comments about the plan, funding, or other ODOT Climate Office work to: Matt Noble, ODOT Communications, matt.a.noble@odot.oregon.gov or 503-779-9868.