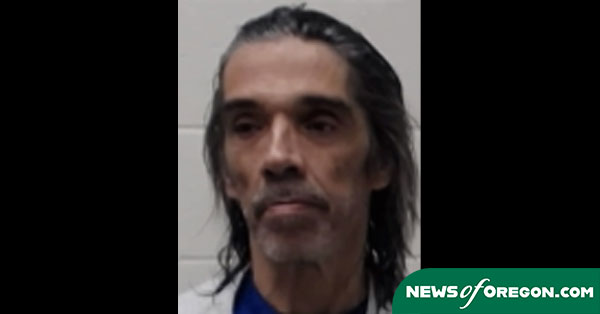 Adult in custody (AIC) Jay Boyd Marsh walked away from a Department of Corrections (DOC) van while being transported back to Santiam Correctional Institution (SCI) from a work crew assignment. While the van was stopped at a stop light outside Lebanon at Berry and Main Streets, Marsh opened the door and ran away from the van. Marsh was last seen at approximately 2:46 PM. Marsh was working on an Oregon Department of Transportation (ODOT) work crew.

Marsh entered DOC custody on April 19, 2022, on one count of unauthorized vehicle use out of Linn County. His earliest release date is November 22, 2023.

The DOC Fugitive Apprehension Unit, Lebanon and Albany Police, and the Oregon State Police are investigating. Anyone with information regarding his whereabouts should contact the Oregon State Police at 1-800-452-7888, the non-emergency number of their local police department, or the DOC Fugitive Apprehension Unit at 503-569-0734. Do not approach Fugitive Marsh.

Marsh is housed at Santiam Correctional Institution (SCI), a minimum-security prison in Salem that houses approximately 440 adults in custody who are within four years of release. The facility concentrates on work opportunities, most of which are in the form of work crews contracting with state agencies, local organizations, and private industries within a 60-mile radius of Salem. SCI provides a range of other correctional programs and services including education, transition programs, and religious services. The building that is now SCI was constructed in 1946 and was originally used as an annex to the Oregon State Hospital for mental health patients. Over the years it was used for a variety of correctional purposes until, in 1990, it opened as SCI.