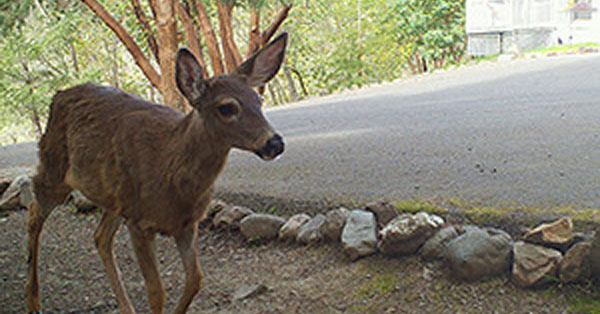 MEDFORD, Ore – ODFW is getting reports of aggressive deer in Jackson and Josephine counties with most reports coming from Ashland. In Gold Hill, a dog was killed by a doe earlier this month.

At this time of year in the Rogue Valley, black-tailed does are raising their fawns and will protect them against dogs, people, or other perceived threats.

Wildlife biologist Mathew Vargas says many Ashland area residents enjoy the urban deer population and tolerate deer eating their landscaping until deer get aggressive. Vargas advises dog owners to consider not walking their dogs for a few weeks in areas where aggressive deer are being reported.

In Ashland, the problem areas are between North Mountain Ave. and Oak St. north of Highway 99, and the area immediately surrounding Southern Oregon University.

Other aggressive deer were reported in east Medford, Eagle Point, and Grants Pass.

ODFW recommends residents in these areas to take the following steps: