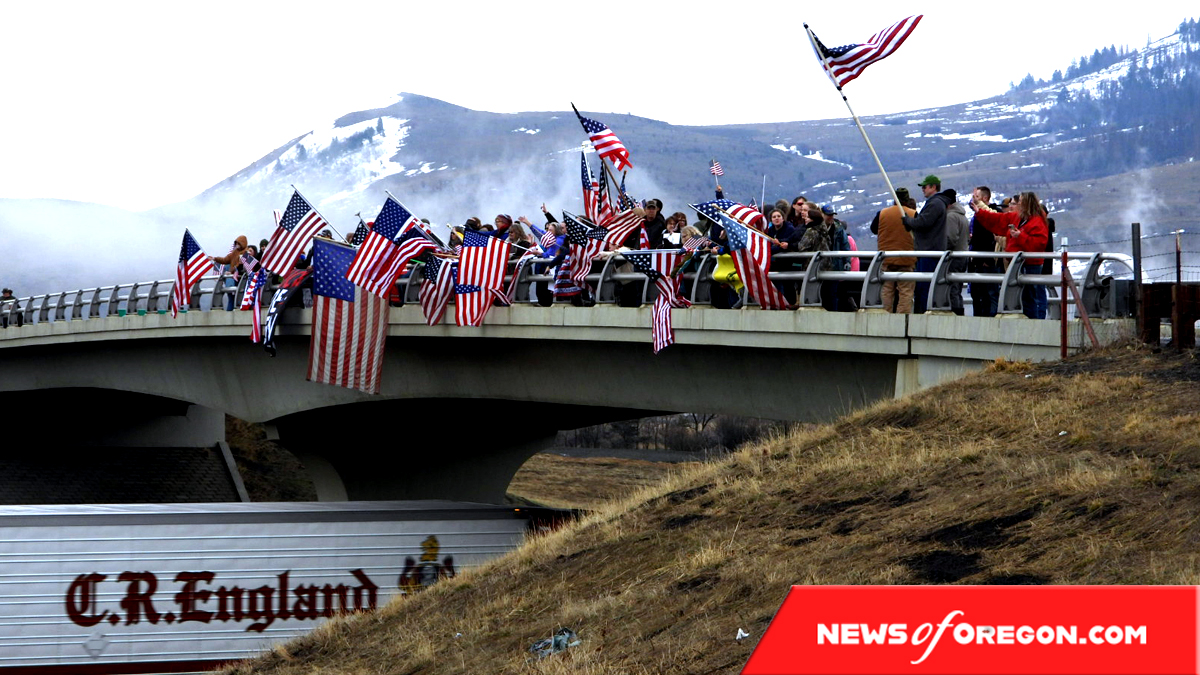 On Wednesday, March 2, 2022, the American Freedom Convoy made its way through Oregon into Idaho along I-84 to the sights and sounds of cheering supporters on overpasses in every city and even in between.

The American Freedom Convoy is just one, of many convoys that are currently on a path to Washington D.C. to protest government mandates and over-reach.

Members of this particular convoy met in Troutdale, Oregon on Monday morning to plan and coordinate the route and times and gather supplies. The convoy which left Troutdale Tuesday morning with approximately fifteen vehicles at times grew to over forty vehicles due to participants that wanted to show their support but could not commit to going the entire distance.

Oregon segment lead vehicle driver for the convoy, Jake Brown said what got to him was the overwhelming support he saw from every city they passed through including rural areas not even near a city.

“There were times we passed through rural areas and would see a couple of vehicles lit up and decked out with flags in support,” said Brown.

The convoy has drawn much of its’ support through generous donations of food and supplies from average people connecting with them at their stops. Brown said at every scheduled stop there were people that provided food, water, and toiletries.

“People would come up to us, hand us money and gift cards, and express how grateful they were that we were doing this,” said Brown.

Brown said that all of the gifts and donations from their segment of the convoy were passed onto the next segment to be used as needed.