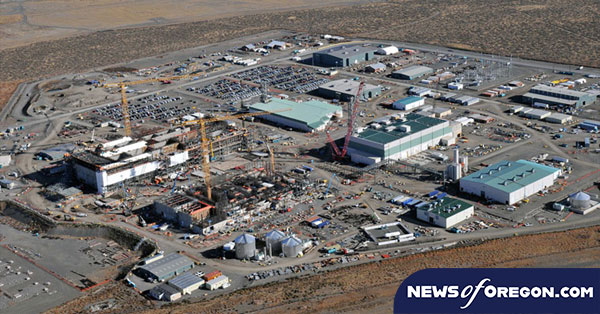 OLYMPIA — Attorney General Bob Ferguson issued the following statement on the U.S. Supreme Court’s ruling against a 2018 Washington law protecting Hanford workers. An updated law, which was passed in 2022, remains in place, ensuring that workers at radioactive waste sites like Hanford still receive compensation benefits for health issues they have faced because of their work.

“Because the legislature already fixed the issues the federal government raised, there is little practical impact in Washington as a result of this ruling,” Ferguson said. “Hanford workers, and all others working with dangerous radioactive waste, remain protected. The federal government has not challenged this new law. If they do, we will defend these protections all the way back up to the Supreme Court again if we have to. As long as I’m Attorney General, I will fight for Hanford workers.”

The 2018 law challenged by the federal government was updated and enhanced this year. During the 2022 session, the Legislature passed Senate Bill 5890, sponsored by Sen. Karen Keiser, D-Des Moines, which makes important clarifications and enhancements to the old 2018 law.

Those enhancements, such as ensuring the protections apply to all individuals, including state employees, who work on the Hanford Site, address key concerns voiced by the federal government. SB 5890 received strong bipartisan support. Gov. Jay Inslee signed SB 5890 into law on March 11, and it took effect immediately. Therefore, the Supreme Court’s ruling on the 2018 version of the law has no effect on Hanford workers.

The Biden Administration has not challenged the new law, nor has it indicated it plans to.

In December 2018, the Trump administration filed a lawsuit challenging the prior law. The federal government argued that the law violates “intergovernmental immunity,” a legal doctrine that prevents states from regulating federal operations or property. However, in 1936 — more than eight decades ago — Congress gave states broad authority to apply their workers’ compensation laws to federal projects.

In June 2019, Judge Stanley A. Bastian for the U.S. District Court for the Eastern District of Washington granted Washington’s motion for summary judgment upholding the prior law. The Trump administration appealed, and in August 2020, a panel of the Ninth Circuit Court of Appeals unanimously upheld the law.

Just two days after Labor Day in September of 2021, the Biden Administration appealed the Ninth Circuit’s unanimous decision to the U.S. Supreme Court.

A week later, Ferguson joined Hanford workers and advocates in Pasco to call on the Biden administration to stop its challenge, to no avail.