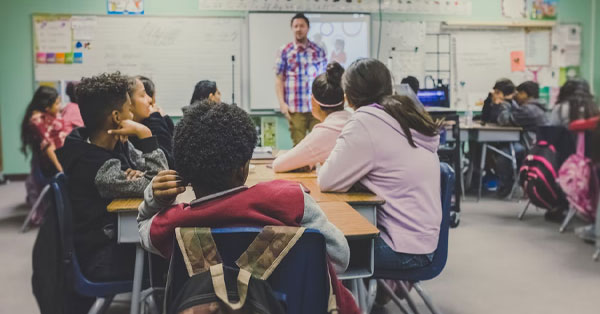 (The Center Square) – New research on the demand for teachers highlights the lack of information about teacher shortages at all levels of government.

A working paper from Brown University found that “teacher shortages are still poorly understood, and it remains unclear whether there is a shortfall of teachers on the national scale or if shortages are localized – a key component of the current debate around teacher shortages.”

The authors – Tuan Nguyen and Chanh Lam from Kansas State University and Paul Bruno from the University of Illinois at Urbana-Champaign – gathered information on shortages from across the country. After reviewing information from all 50 states, the authors estimated the extent of the shortage.

“Some back-of-the-envelope math implies teaching vacancies amount to 1.67% of positions nationwide and about 5.16% of positions are held by underqualified teachers,” according to the working paper.

However, the authors emphasized the extent of teacher shortages remains unclear.

“While we present what we believe is the most comprehensive nationwide evidence to date about the scope of teacher shortages, perhaps the most important takeaway from our analyses is how limited the data are,” they wrote. ” … In sum, what our data cannot tell us about teacher shortages is in many ways more important than what they can tell us.”

The authors recommend more robust reporting at all levels to provide more information about the scope of supply and demand issues, which they note “are known to vary substantially, even for different positions in the same school.”

“Even though there are many policy and news reports of teacher shortages, these often focus on specific districts or states, and as of yet, there has not been a concerted and systematic effort to examine what teacher shortages look like nationally. This both hampers research into the teacher shortages and complicates potential policy efforts to addressing them, for instance by making it difficult to know whether and how to encourage prospective teachers to complete teacher preparation programs and take jobs in schools experiencing shortages,” the authors wrote.

The paper also gave attention to other problems with data regarding potential shortages including inconsistencies in the ways teacher vacancies were defined.

The authors recommend state policymakers make school-level data on teacher qualifications available, require districts to include in public-facing report cards detailed information on staff shortages and qualifications at the school level and that districts or other statewide authorities maintain and make accessible data on job postings and unfilled teaching positions. The authors further recommend those numbers be put in context with the size of the school system or vacancy rate per 10,000 students.

“The apparent severity of teacher shortages can vary considerably depending on whether numbers are expressed as raw counts or relative to the size of the school system,” they wrote in the working paper.

The concerns in the national study were echoed by another research organization looking at teacher shortages in Michigan. The Citizens Research Council of Michigan reported in 2019 and again in 2022 that a lack of data confounded efforts to research a teacher shortage in that state.

“Early warnings of teacher shortages in some districts and subject areas may portend a broader trend that will affect schools across the state, but statewide analysis of the issue is made more difficult by a lack of relevant data about Michigan’s existing, former and would-be teaching professionals,” the Citizens Research Council reported in 2019. “Understanding and addressing the real and potential shortages is hampered by the lack of clear data about the teaching workforce. Michigan has not prioritized studying this labor market and the shortage issue, so analysis is somewhat stymied by a shortage of available, timely and relevant information.”

The nonprofit research organization said the issues had not been resolved in 2022.

“In terms of bad news (or the not-so-good news), the State of Michigan is making these new investments without a clear and full understanding of the nature and scope of the different staffing challenges faced by local districts,” the Citizens Research Council wrote in August 2022. “This is due, in large part, to the fact that the state has not invested in the data and information systems necessary to quantify the genuine extent of the problem(s) being addressed.”