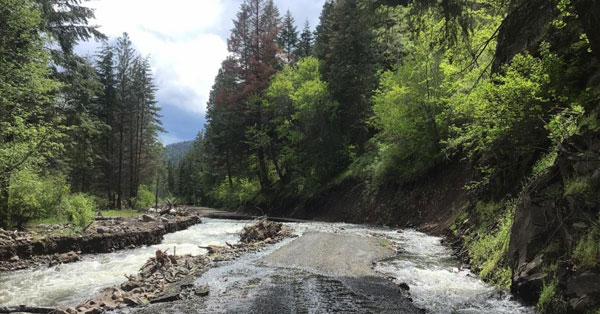 (The Center Square) – In a complex case involving the state Constitution, a 19th century land grant, and a public trust, the Washington Supreme Court Thursday ruled that the Department of Natural Resources is entitled to continue selling timber from state lands.

Though overruled in the case, conservation groups claimed victory also because the justices declared the DNR has broad discretion in managing state forests, therefore it is not required to sell timber but can serve the public good in other ways.

At issue was the harvesting of timber from the state’s 3 million acres of land to produce revenue for schools and certain other public entities.

The federal Omnibus Enabling Act of 1889, signed by Indiana’s one and only president, Benjamin Harrison, stipulated that land granted to Washington was to be used “for the support of common schools” and other state institutions.

Further, the state has a perpetual duty to hold and manage granted lands for those specified purposes as a condition of its admission to the Union.

Plaintiffs argued that the DNR’s management strategy of maximizing income from logging both degraded the health of the forests and violated its obligation to serve the broader public good. That good, they argued, would be better served through efforts to minimize the effects of climate change, wildfires, and erosion.

“Presently, the Washington Department of Natural Resources (DNR) follows a policy of ‘undivided loyalty’ to specific trusts supporting schools and other public entities; prioritizing logging and other revenue generation (with few exceptions) over all the other diverse values provided by these state public lands—from access for outdoor recreation and habitat for fish and wildlife, to carbon sequestration to combat climate change, and tribal treaty rights,” Paula Sweeden, Policy Director for CNW wrote last year.

Ultimately, the Court sided with the DNR, upholding the lower court’s dismissal of the case. The DNR, the Court said, was not in violation of either the Constitution or the Enabling act and that its management practices were neither arbitrary nor capricious.

Commissioner of Public Lands Hilary Franz saw the judgment as a victory for the DNR.

“Today’s ruling affirms DNR’s position that it has discretion under the constitutional and legislative mandate to manage public lands on behalf of the communities we serve and ensure our public lands are providing the greatest environmental, social, and economic good,” Franz said in a statement.

Todd Myers, environmental director at the Washington Policy Center, hailed the ruling as a victory for all interests, including revenue generation.

“Washington state’s trust forests not only provide revenue for counties and schools but are the main reason we have more public forestlands than Oregon and California. This ruling protects all of those benefits,” Myers said in a statement.

“Ultimately, it’s a positive because the state has the authority to manage the lands for all people and is not required to manage it solely for revenue. It opens up a lot of opportunities” Andrea Wolf-Buck, communications director at CNW told The Center Square.

“The battle we’ve been fighting is to achieve a fair balance. We have argued that the management of these lands has historically been pushed to maximize revenue. We have never fought to end all timber harvest on state lands,” Peter Goldman, Director, Washington Forest Law Center and co-counsel for plaintiffs said in a statement.

Without stating agreement with the plaintiffs, Franz affirmed the DNR’s role in conservation.

“I also recognize that in the face of a rapidly changing climate, we must do everything we can to safeguard public lands and protect our forests,” she said, adding, “I look forward to our continued work to ensure Washington state’s public lands are healthy, support our communities, and are protected for generations to come.”