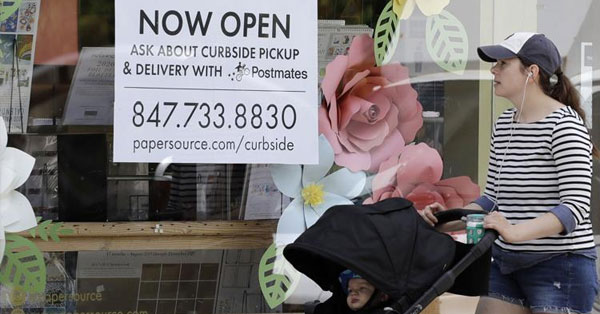 (The Center Square) – A new poll shows small businesses fear they will have to shut down within six months if inflation continues.

The Alignable Small Business Inflation poll asked 5,268 businesses in May if they were concerned about inflation and over half said they fear they won’t be able to stay open over six months.

Illinois was in line with the national average, with 49% of small business owners concerned over inflation-driven shutdowns.

Many business owners said this is a more difficult time than the pandemic, researcher Chuck Casto said.

“In one of our polls we asked point blank, what has been more damaging for your business, inflation or COVID, and over 60% said inflation,” Casto said.

Rastaurants are the most concerned sector of the economy. Of those asked, 72% said they were concerned about shutting down because of inflation this year. That was followed by beauty salons (65%) and gyms (63%).

According to the poll, 49% of small business owners said their costs have increased by more than 25%, but only 16% are able to pass those expenses onto customers.

The states with the most-worried small business owners included Maryland, Connecticut and Tennessee.

One business owner said fuel costs would be the death of his business. In Illinois, gasoline is averaging $5.40 a gallon, putting a strain on many businesses.

Relief doesn’t appear to be coming anytime soon. Laffer Tengler Investments’ Arthur Laffer, Jr. told Fox News inflation will get “higher” and be here a while.

“We think that inflation is going to be here higher and longer than we would have thought. But, this is pretty ugly. We have CPI coming out Friday, so we’ll see what it is. But this is definitely putting pressure on the economy. I think these prices are here for a while,” he said.