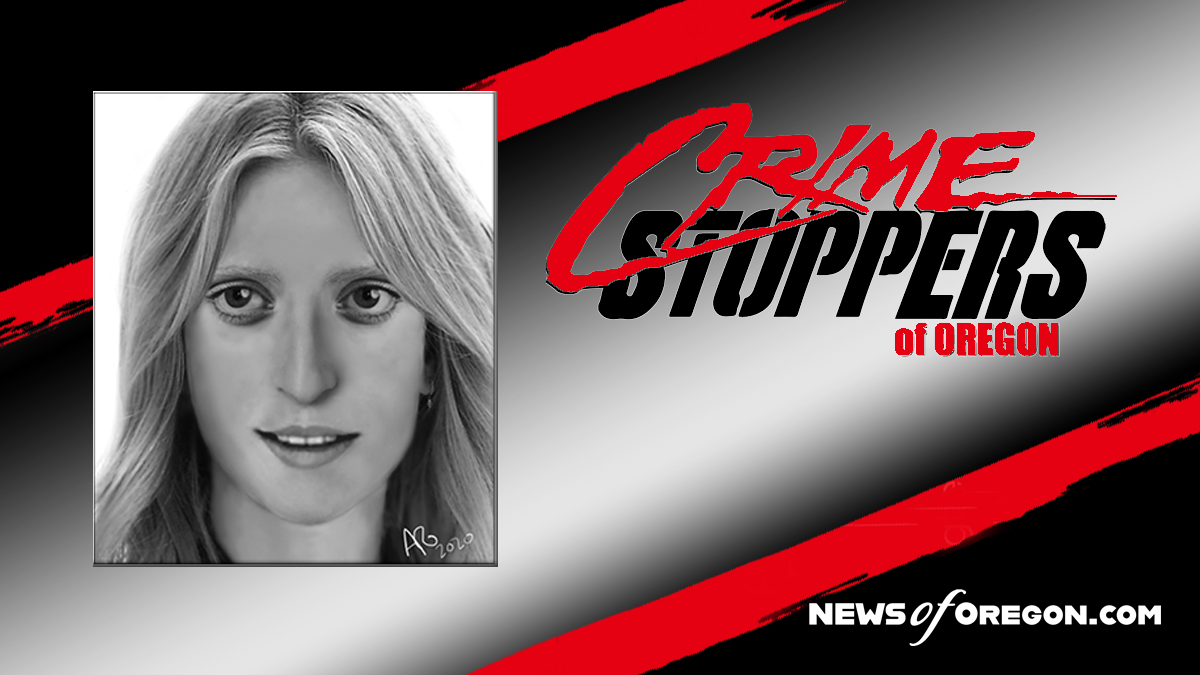 A cash reward of up to $2,500 is now available to help identify a murdered pregnant woman found by hunters in the Blue Mountains of eastern Oregon in August of 1978.

The skeletal remains of the woman and a fetus, knotted coaxial cable, zippers, a white bra or halter top, red Catalina-brand pants (size 15/16), scraps of white cloth with red hearts and ankle-high boots were discovered in and near a shallow grave straddling a wooded game trail near Finley Creek in Union County, Oregon.

Investigators believe the woman had been killed in the early to mid-1970s. Redgrave Research Forensic Services has provided a composite sketch of what the woman may have looked like.

More information about the unidentified woman can be found at www.facebook.com/finleycreekjanedoe. Volunteers with the Finley Creek Jane Doe Task Force have led the effort to identify the woman and her unborn infant.

Crime Stoppers of Oregon is offering a cash reward of up to $2,500. Tipsters may remain anonymous.

If you wish to submit a secure and anonymous tip regarding any unsolved felony crime in  Oregon, visit www.crimestoppersoforegon.com or download the P3 Tips app for your smartphone or tablet.

Crime Stoppers of Oregon is funded entirely by community donations. To support Crime  Stoppers with a donation or to view other unsolved cases, visit