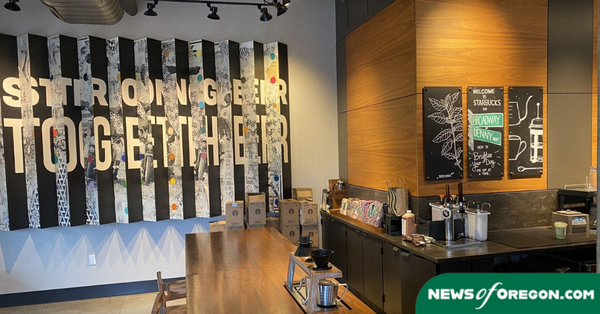 (The Center Square) – Two days following the announcement that a Starbucks location in Seattle would be closed, business is continuing as usual.

During The Center Square’s trip to the Starbucks on the corner of Broadway and Denny Way, three Starbucks employees took orders, made coffee drinks, and served them.

The Starbucks in Capitol Hill will be closed on Dec. 9 due to security incidents in the past.

That date was noted by the Starbucks Workers United union. It marks one year since the first Starbucks union win took place in Buffalo, New York.

The Capitol Hill Starbucks was the first store to file for a union election in the company’s birthplace. Inside, an art piece reads “Stronger Together,” with a sign next to it stating “Welcome to Starbucks on Broadway and Denny Way – Here to brighten your day one cup at a time.”

The union said the closure of the Starbucks on Broadway and Denny Way is the most clear-cut case of retaliation shown by the company.

“We had been begging for a social worker and security guard since even before I worked there, but the only response we have ever gotten [was] vague gestures that ‘we’ve been heard,’ while the company continues to ignore the problems,” said Rachel Ybarra, a Starbucks employee at the Broadway and Denny location, via email. “Our safety has never been a concern to Starbucks. This is clear retaliation.”

The Capitol Hill district in Seattle has witnessed seven cases of fatal and non-fatal shootings through October this year. The district has also seen 111 cases of robbery, 453 cases of burglary, and 1,316 cases of larceny-theft, according to the Seattle Police Department Crime Dashboard.

Starbucks said it will meet with the union “in good faith” to bargain continued employment for current employees at the Broadway and Denny location. Employees there will be paid for their scheduled shifts through Dec. 11.