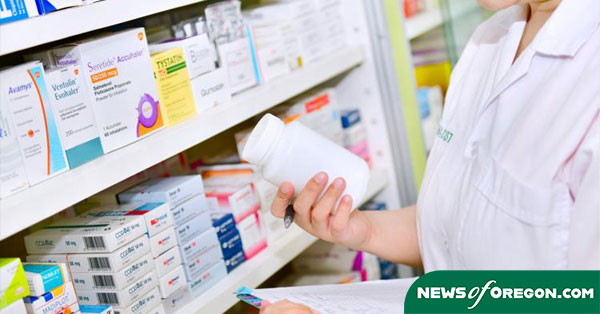 (The Center Square) – While Democrats say the Inflation Reduction Act will lower prescription drug prices, critics argue the opposite is true, and could lead to loss of life because of its potential impact in research and development of new drugs.

One of the negotiators of the bill, U.S. Sen. Joe Manchin, D-West Virginia, said it will “lower the cost of health insurance and prescription drugs.”

“No longer will drug companies be able to string Medicare along for years or even decades while taxpayers foot the bill,” Wyden said in a statement. “This policy targets the most expensive, most used drugs that have had zero competition for years on end. It lowers prices in a way that is fair and designed to promote innovation, not stifle it.”

Wyden said the bill will “greatly lower costs” for seniors and taxpayers.

But Dean Clancy, senior health policy fellow at Americans for Prosperity, told The Center Square, “Drug price controls will do nothing to reduce inflation, but will result in hundreds of fewer new cures, less hope for cancer patients, and millions of lives cut short. Congress should reject this government takeover of our medicine cabinets and instead give Americans a personal option that lowers drug prices by promoting competition and innovation.”

What the Democrats call “Medicare negotiation” is actually a federal government price control program that will impact all areas of health care, Clancy said. AFP points to a University of Chicago study that found that government price controls on prescription drugs, for example, would result in fewer new breakthrough cures and less investment in research and development, including less money spent on cancer research.

One of the researchers, Tomas Philipson, wrote in an op-ed published by Newsweek, “Over the next 17 years, the bill would reduce drug industry research and development by about $663 billion, resulting in 135 fewer new medicines. This will amount to a loss of 330 million life-years, about 30 times the loss from COVID-19 so far.

“Losses could include cures for Alzheimer’s, cancer, and so much more. Indeed, nearly 50% of today’s FDA pipeline is for new cancer medicines – and the bill would cut the amount spent on cancer research by more than nine times as much as Biden’s ‘Cancer Moonshot’ initiative raises it.”

The study also found that the bill would increase total U.S. spending on health care by $50 billion over the next 20 years.

“Congress has passed some truly awful legislation over the years, but nothing as potentially harmful to our health as allowing Washington to fix the price of prescription drugs and use the added revenue to subsidize health insurance for wealthy Americans,” Clancy added, referring to the expansion of Obamacare. “Neither of these measures will reduce inflation – in fact, the added subsidies will do the opposite by incentivizing insurers to continue raising rates.

“If we want to make high-cost brand name drugs more affordable, European-style price fixing that leads to drug shortages and higher death rates is the absolute wrong prescription,” he said. The bill will have “horrific consequences and should be shelved in favor of smarter reforms that increase access to generic drugs and end drugmaker abuses such as patent evergreening, pay-for-delay agreements, ‘brand-name generics,’ and anti-competitive use of FDA citizen-petitions.”

Texas Public Policy Foundation’s David Balat, who’s been working on a series of health-care reforms in Texas, told The Center Square, “Unfortunately, price controls will not only limit therapies and medications for cancer but for many other chronic diseases as well. Price controls help the legacy manufacturers but hinder the ability of innovative startups to go through the extremely expensive process of coming to market put in place by our own FDA.”

According to a Kaiser Family Foundation poll conducted last June, 88% surveyed expressed support for the federal government negotiating prescription drug prices. But when the majority were told it would result in less research and development for new drugs, or access to newer prescriptions could be limited, they reversed course and opposed the idea.