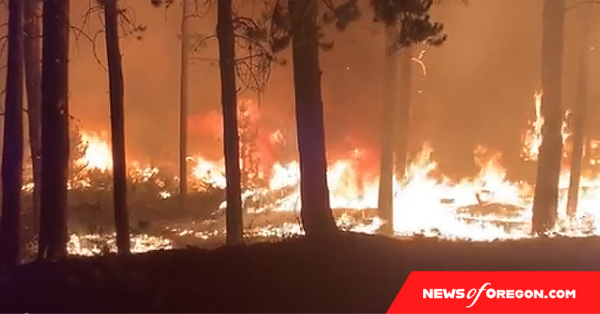 STATEWIDE, Ore.— The 2021 wildfire season continued a pattern of more acres burned in Oregon creating poor air quality for longer periods of time. These are among the findings in a newly updated report from the Oregon Department of Environmental Quality.

The annual report, Wildfire Smoke Trends and the Air Quality Index, tracks data from DEQ’s air monitoring stations as well as information from other state and national sources on wildfires. The report shows that the number of days in which Oregon air quality rates as “unhealthy for sensitive groups” or worse continues to grow over time. “Sensitive groups” include older adults, pregnant women, young children, and those with lung or respiratory disease.

So far this year, Oregon has yet to see significant air quality issues from wildfires, but 2021 was emblematic of the trend. Smoke from the Bootleg Fire and other major fires contributed to multiple days throughout the state when the air quality was rated between unhealthy for sensitive groups and hazardous – the highest ranking on the Air Quality Index scale.

The Wildfire Smoke Trends report is produced each year by DEQ’s Laboratory.

About Oregon’s Department of Environmental Quality

The Oregon Department of Environmental Quality protects human health and the environment by controlling air and water pollution, reducing the impacts of manufactured products, and cleaning up contaminated properties. DEQ engages the public in decision-making and helps communities solve problems in ways that are economically and environmentally sustainable.