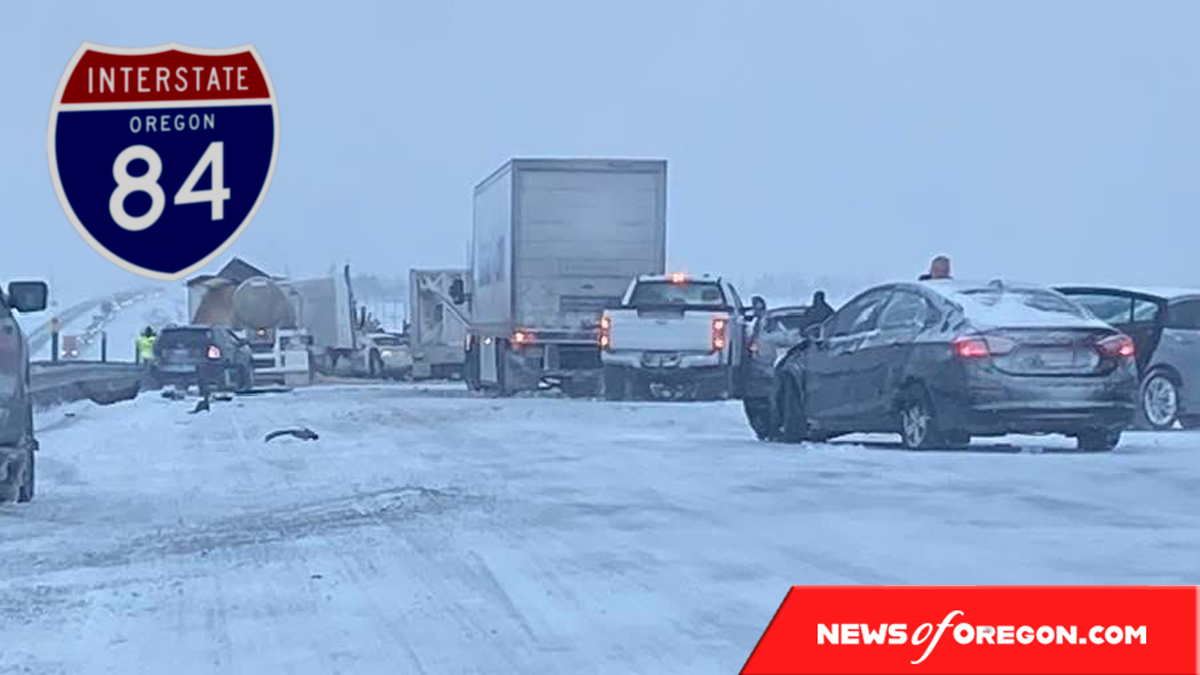 Idaho State Police is investigating a collision involving eight vehicles on Interstate 84 in Elmore County. A man from Minnesota who was a passenger in one of the vehicles was deceased on scene.

Investigating Troopers say the collision was reported at 3:44 p.m. on westbound I-84 near milepost 93 in Mountain Home. The crash involved three semis, two pickup trucks both pulling trailers, two small passenger cars, and a utility truck.

Three drivers, from a semi, a pickup, and a passenger car were transported to local hospitals. Two have been treated and released. The driver of the pickup remains hospitalized. A 57-year-old man from Bena, Minnesota who was a passenger in the same pickup was deceased on scene. He was wearing a seat belt.

Lanes on Interstate 84 westbound were blocked for several hours. Traffic was diverted at milepost 99 to milepost 90. Traffic lanes on I-84 began re-opening at approximately 7:15 p.m.

Reports say the interstate was snow-covered when the crash occurred.
This incident remains under investigation by the Idaho State Police.