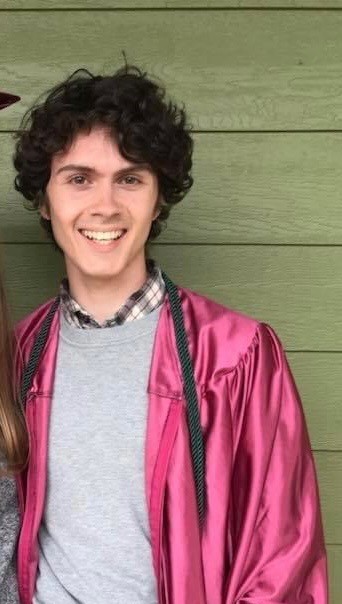 EUGENE —A Eugene man was sentenced to federal prison Thursday for supplying a University of Oregon student with fentanyl-laced counterfeit Oxycodone pills that caused the student’s overdose death.

According to court documents, in late December 2020, Emanuel “Manny” Dreiling, 20, an urban development student at the University of Oregon, died of a fatal overdose in his Eugene apartment. On December 24, 2020, officers from the Eugene Police Department responded to the scene and found a small baggie containing what appeared to be Oxycodone pills near Mr. Dreiling’s body. A toxicology report later confirmed Mr. Dreiling died of a fentanyl overdose.

A forensic analysis of Mr. Dreiling’s phone revealed text message conversations between Mr. Dreiling and a longtime friend wherein they discussed purchasing Oxycodone pills from another individual later determined to be Hill. Mr. Dreiling’s friend told investigators that he had been purchasing pills from Hill for nearly a year. Law enforcement soon identified Hill and a West Eugene home he used to distribute counterfeit Oxycodone. They also found evidence of Mr. Dreiling arranging to purchase and physically retrieving counterfeit pills from the same West Eugene home.

On December 31, 2020, law enforcement executed a state search warrant on the residence and arrested Hill. In an interview after his arrest, Hill admitted to selling the victim and others pills he suspected were counterfeit and contained fentanyl.

On April 14, 2021, Hill was charged by criminal complaint with possession with intent to distribute fentanyl. On November 18, 2021, Hill waived indictment and pleaded guilty to the single charge.

This case was investigated by the Eugene Police Department and the U.S. Drug Enforcement Administration. It was prosecuted by Joseph H. Huynh and Jeffrey S. Sweet, Assistant U.S. Attorneys for the District of Oregon.

In compliance with the Crime Victims’ Rights Act, the U.S. Attorney’s Office does not name victims in court filings or press releases to protect their dignity and privacy. In honor of Mr. Dreiling’s memory, Mr. Dreiling’s family specifically requested he be named in this release.

Opioid abuse affects communities across the nation. Provisional data from the Centers for Disease Control and Prevention (CDC) indicate that there were more than 100,000 drug overdoses in the U.S. during the 12-month period ending April 2021, an increase of nearly 29% from the previous 12-month period. Synthetic opioids (primarily fentanyl) accounted for more than three-quarters of these deaths. Drug overdose continues to be the leading cause of injury or death in the U.S.

If you or someone you know is in immediate danger, please call 911.

If you or someone you know suffers from addiction, please call the Lines for Life substance abuse helpline at 1-800-923-4357 or visit www.linesforlife.org. Phone support is available 24 hours a day, seven days a week. You can also text “RecoveryNow” to 839863 between 8 a.m. and 11 p.m. daily.