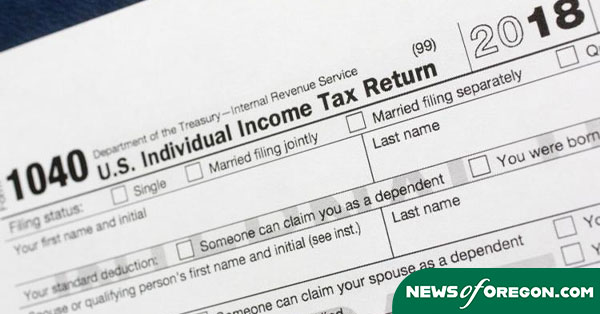 (The Center Square) – The Inflation Reduction Act of 2022 would increase taxes on nearly every American despite claims made by President Biden.

“When we pass the Inflation Reduction Act, not a single American in the middle class will pay higher taxes,” Biden tweeted.

According to an analysis by the Congressional Joint Committee on Taxation, nearly all Americans would see increased taxes by 2023. The average tax rates would increase in nearly all income categories, according to its analysis, including lower-income individuals such as those earning less than $10,000.

According to the bill summary, “There are no new taxes on families making $400,000 or less and no new taxes on small businesses – we are closing tax loopholes and enforcing the tax code.”

U.S. Sen. Joe Manchin, D-W.Va., who’s spearheaded the bill, says it will pay down the national debt, and lower energy and healthcare costs.

“Over the last year, leaders in Washington have ignored repeated warnings about the severe threat of inflation and the consequences of unprecedented domestic spending,” Manchin said. “Despite these concerns and my calls to give the country time to fully realize the impacts of such historic levels of spending and our inflation crisis, many Democrats have continued to push for trillions more in spending to meet a political deadline.

“Contrary to foolish talk otherwise, America cannot spend its way out of debt or out of inflation.”

The way to do this, he argues, is through “tax fairness,” including imposing a domestic corporate minimum tax of 15% on billion-dollar companies or larger. The bill also would spend more money on “technologies needed for all fuel types – from hydrogen, nuclear, renewables, fossil fuels and energy storage – to be produced and used in the cleanest way possible.” The technologies will help reduce domestic methane and carbon emissions and “decarbonize around the world as we displace dirtier products.”

The $400 billion bill won’t raise any taxes, he argues.

But The Wall Street Journal editorial board argues that’s exactly what it will do. The bill is “a tax increase on nearly every American,” they write. “Raise the corporate tax rate, and you’re cutting wages and salaries for workers.”

Republicans on the House Ways and Means Committee argue the same. They warn it’s full of “hundreds of billions of dollars in wasteful inflationary spending [and] won’t reduce the deficit.”

“Rather than reduce inflation, it puts inflation on steroids,” they argue. It includes a “socialist drug price setting scheme [that] will likely cause drug prices to increase for patients for the next few years, all while killing future cures from ever coming to market.”

It also includes “expensive wasteful Green welfare,” they add, including Green New Deal tax credits of $257 billion and solar company loan guarantees of $250 billion that “will worsen our inflation problem, on top of government checks to subsidize luxury electric vehicles.”

Rather than tax the richest companies, it instead includes “handouts to the wealthy,” they argue, including “tens of billions of dollars in Obamacare subsidies [that] will flow to the well-off. It also increases taxes and fees on oil production and methane, which Republicans argue will result in higher gas prices, larger heating bills and higher consumer prices.

The bill also includes a provision to hire 87,000 new IRS agents to begin auditing more than a million Americans, including lower-income taxpayers.