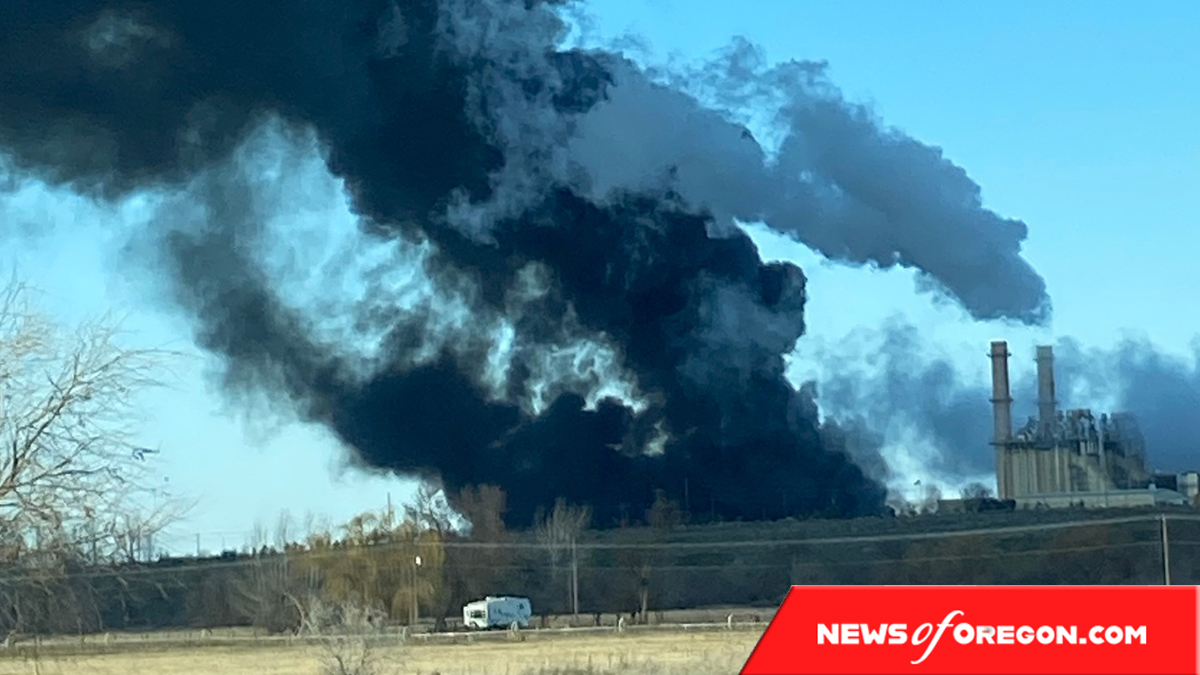 2 p.m. February 22, 2022 – Umatilla County Sheriff’s Office and other first responders are on scene of a reported explosion at Shearer’s Foods off Highway 207 in Hermiston. Employees of Shearer’s Foods called 911 and reported a boiler explosion with possible injuries.

Medical and Fire units have been dispatched and are on scene. Law enforcement agencies are assisting on scene as well. Union Pacific Railroad was notified to close down traffic on the nearby rail line. ODOT was notified for closure of access on Highway 207 from I-84 and Feedville RD. Nearby residences south of the incident, including PanelView RV Park and occupants at the Space Age and Comfort Inn have been placed on standby for possible evacaution due to air quality from the smoke plum.

Currently the plum is at a high enough altitude that there is not a need for evacuation yet due to visability or air quality. AT THIS TIME WE ARE ASKING THE PUBLIC TO AVOID THE AREA. This incident is on-going, so updates will be provided as available.