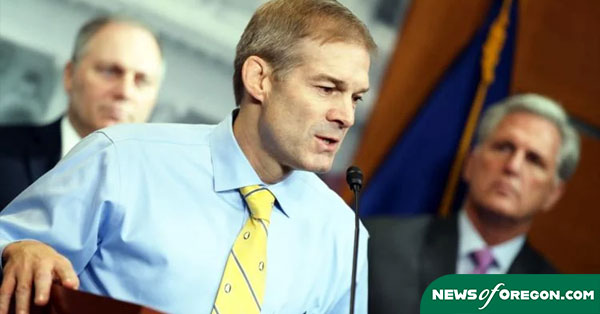 (The Center Square) – U.S. Rep. Jim Jordan, R-Ohio, the ranking member on the House Oversight Committee is asking Department of Justice Inspector General Michael Horowitz why his office reportedly helped the FBI after it seized a cellphone from another member of congress.

In a letter, Jordan says the IG helped the FBI examine a cell phone it reportedly seized from U.S. Rep. Scott Perry, R-Penn. He blasts the IG, asking why the FBI could not do a forensic exam of the phone itself and why the IG would be willing to “sacrifice its independence” from the agency it is supposed to be overseeing.

“Your decision to assist the FBI relating to the seizure of a Member of Congress’s phone creates a serious conflict of interest for the OIG in reviewing the Department’s actions,” the letter said. “In June 2021, the OIG initiated a review of the Department’s use of subpoenas and other legal authorities to obtain communication records of Members of Congress, other individuals, and journalists.’ On the one hand, the OIG is reviewing whether the Department’s actions in those cases were based upon any improper considerations; however, because of your decision, the OIG appears to be directly involved with seizing and imaging the phone of a Member of Congress.”

Jordan said that confidence in the DOJ’s watchdog is more important than ever given the series of incidents raising concerns about the politicization of the FBI.

“The OIG is now conflicted from reviewing the basis and propriety of the FBI’s controversial decision to seize Representative Perry’s phone,” the letter said. “Congress and the American people cannot afford to lose faith in the OIG, especially as the Biden Administration continues to weaponize federal law-enforcement resources against its political opponents and so many FBI whistleblowers continue to come forward with shocking allegations.”

Rasmussen Reports released survey data earlier this month showing Americans confidence in the FBI has declined. The poll found that 44% of Americans say the raid decreased their trust in the FBI.

Overall, the poll found only half of Americans have a favorable impression of the FBI.

“You, as the former chair of the Council of the Inspectors General on Integrity and Efficiency, should not be so reckless as to risk the independence of your office to carry out the investigative work of an agency you oversee,” the letter said. “Pursuant to the Committee’s constitutional oversight authority and the Inspector General Act, we are examining your decision to assist the FBI relating to the seizure of Representative Perry’s phone and the OIG’s actions in this matter.”