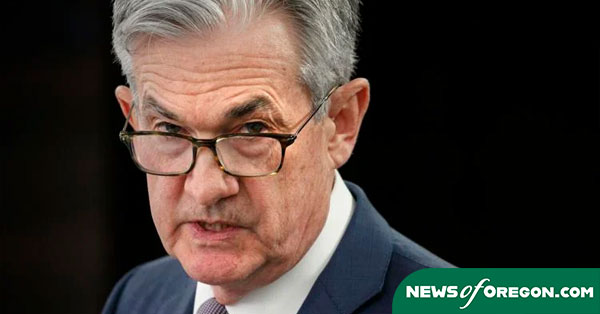 (The Center Square) — The Federal Reserve meets Wednesday afternoon and is expected to raise interest rates as much as three-quarters of a percentage point to combat inflation.

The rate hike has been forced because of inflation, which has risen to the highest level in decades. The latest producer price index showed an increase of 10.8%, and the consumer price index has risen at the fastest pace in four decades.

The rate hike is intended to curb inflation, but experts say it could contribute to an economic recession.

“Since early 2020, the Federal Reserve has printed nearly $5 trillion — using much of this to purchase government debt in addition to mortgage backed securities and other assets,” said Joel Griffith, an economic expert at the Heritage Foundation. “As this cash was injected into the economy, total money supply swelled by more than $75,000 per family of four. The Federal Reserve’s complicity in financing Congress’ outrageous spending spree of the past two years is largely to blame for the sky-high inflation, the new housing bubble, and rampant speculation [in] the financial markets.”

Others said the Fed should have acted sooner and is now facing the consequences.

“The fact that the Fed is now contemplating a large (75 basis point) rate hike is an unfortunate consequence of its having failed to start tightening gradually last fall, when numerous indicators suggested the need for it to do so,” said George Selgin, a monetary and financial expert at the Cato Institute. “By delaying, the Fed allowed both actual and expected inflation to worsen. Like a driver who fails to apply the brakes as soon as an obstruction comes into sight, the Fed must now ‘slam the brakes’ on money growth, thereby subjecting the U.S. economy to a correspondingly more severe case of whiplash.”

Griffith said that the federal reserve rate changes will be blamed for the economic downturn, but he argues elected leaders are to blame.

“If the Federal Reserve does attempt to increase interest rates and reduce its balance sheet, the likely continued economic slowdown will be placed on the Federal Reserve rather than on the politicians enabling and even prodding the Fed to print the dollars,” he said.

The record high gas prices, soaring inflation and controversial fiscal and energy policies that accompanied it have drawn consistent criticism for the Biden administration.

“Whether it is the war on reliable and affordable American energy, threats of economically damaging tax increases, or the reckless increase in spending and debt, the Biden administration and big government advocates in Congress are committing economic malpractice,” said Jonathan Williams, chief economist at the American Legislative Exchange Council. “New, and once again devastating, inflation numbers certainly weigh on the Federal Reserve to significantly increase rates. Potential homeowners, small businesses and real estate markets are already bearing the burden of higher interest rates, and this could loom large over future economic growth.”

These pains have been felt in the rest of the economy and have left many Americans struggling to make ends meet.

“Since 2020, [the Fed] suppressed these interest rates — by flooding the economy with newly printed dollars,” Griffith said. “Regardless of the extent of the rate hikes, one thing is certain: The exorbitant federal spending, economic inefficiencies and inflationary pressure by Federal Reserve money printing is slowing economic growth and increasing inflation. The root cause of the economic slowdown won’t be the rising rates— it’s the spending and printing we’ve already endured, coupled with the lasting consequences of papering over the senseless COVID shutdowns.”