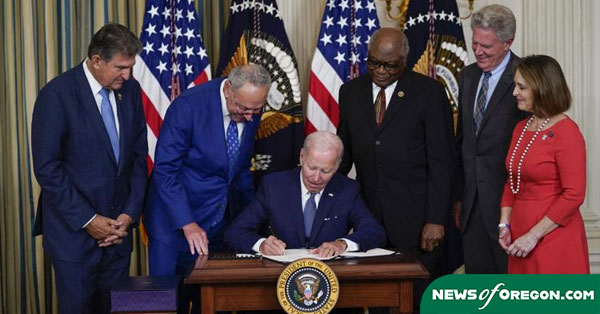 (The Center Square) – The Biden administration on Friday released its budgetary data for the last month of fiscal year 2022 which showed the U.S. government ran up a roughly $1.4 trillion deficit. That is an average of nearly $120 billion in added debt every month.

Federal debt surpassed $31 trillion earlier this month. The federal debt topped $30 trillion, its own milestone, in January of this year.

In a speech Friday, President Joe Biden touted the deficit reduction from the previous year, down from $2.8 trillion in fiscal year 2021.

“Because we are making sure corporations pay their fair share, cracking down on billionaire tax cheats and giving Medicare the power to negotiate lower drug prices in the future just getting underway, which lowers one of the biggest costs that government and families have to pay, will reduce the deficit another $250 billion over the next 10 years,” Biden said.

Maya MacGuineas, president of the Committee for a Responsible Federal Budget, though, blasted the announcement saying it was “nothing to celebrate.” Critics also point out that Biden’s planned student loan forgiveness erases significant deficit gains.

“The entirety of the decline in the deficit between 2021 and 2022 can be attributed to the expiration of temporary COVID relief, not due to a renewed era of fiscal responsibility,” MacGuineas said. “In fact, the deficit would have been almost $400 billion lower had the Biden Administration not decided to enact an inflationary, costly, and regressive student debt cancellation plan in August.”

MacGuineas emphasized that the deficit reduction occurred because spending was much higher the previous year because of the flood of COVID-era stimulus spending.

The pre-COVID deficit in fiscal year 2019 came in below $1 trillion.

MacGuineas and other critics have placed the blame for soaring inflation at the feet of recent large spending bills.

“Despite claims of ‘historic deficit reduction,’ lawmakers and the President have approved nearly $5 trillion of new borrowing over the last two years,” she said. “It should be no surprise that the Federal Reserve is having a hard time getting inflation under control when fiscal policymakers keep making their job even harder with more borrowing.”