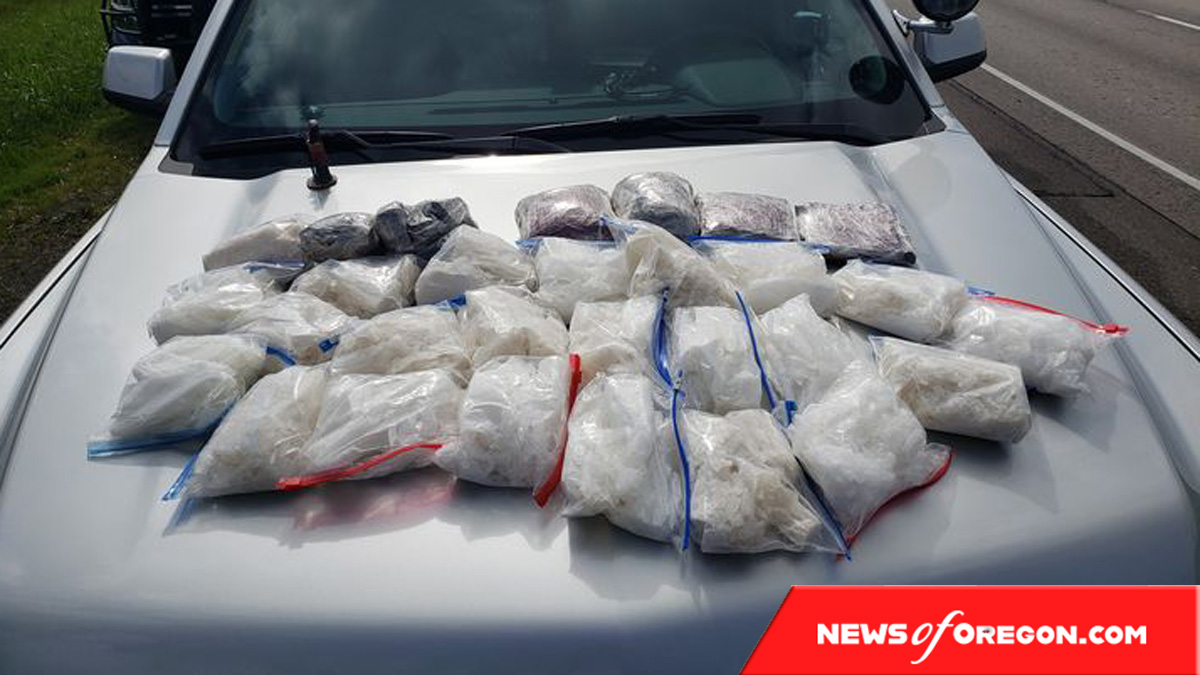 On March 29, 2022, an OSP Trooper stopped a vehicle for a traffic violation northbound on Interstate 5 in Linn County. During the traffic stop, the Trooper noted indicators of criminal activity. A search of the vehicle revealed approximately 47,000 suspected fentanyl pills and 23 pounds of suspected methamphetamine. The driver, from California, and the passenger, from Washington, were both taken into custody.

The Oregon State Police was assisted by the DEA.