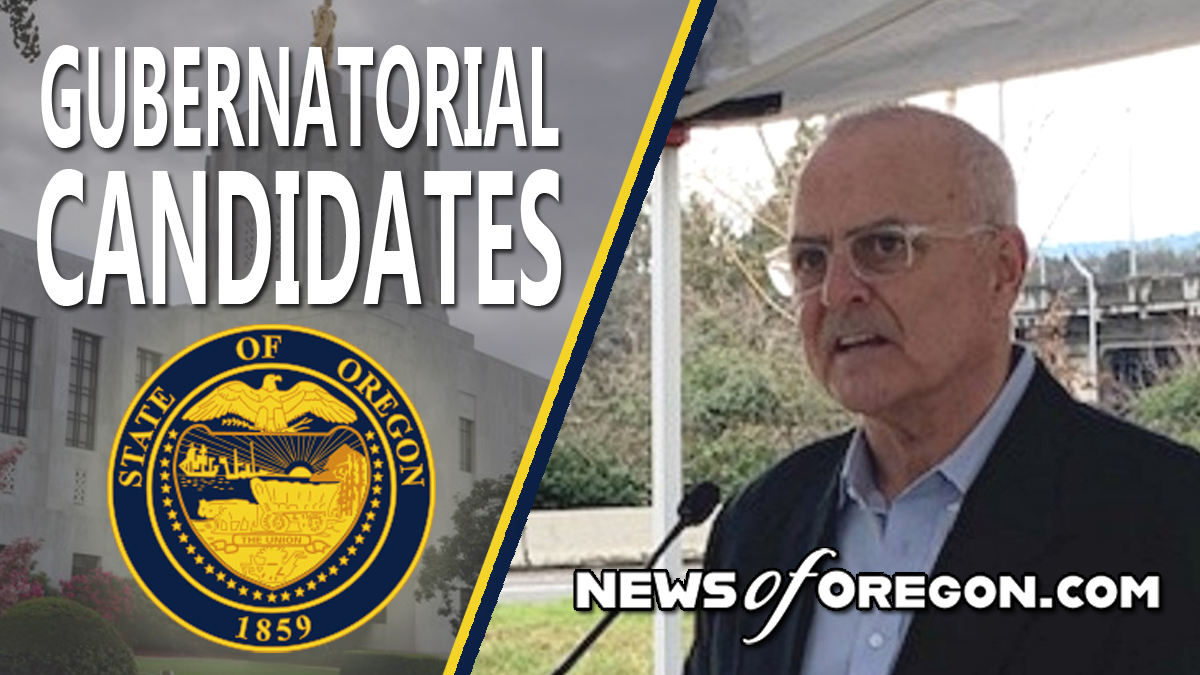 On March 11, 2022, I spoke with Oregon Gubernatorial candidate Bob Tiernan of Lake Oswego, Oregon to find out more about him and his campaign.

Tiernan says he is a frustrated Oregonian who has watched our problems go unsolved and decided to enter the race because he has the legislative and business problem-solving experience that Oregon needs.

“Oregonians need results, not the same old tired excuses we have been getting year after year, said Tiernan. My fear is that if voters don’t elect someone with experience, we’re going to continue to go downhill.”

Tiernan, a former Navy Commander, and former Oregon legislator in the early 1990s was the chief sponsor of ballot measure 11, requiring mandatory sentences for some of Oregon’s most violent crimes, making Oregon a safer place. Tiernan believes his military leadership, small and large business leadership, and previous legislative experience make him the best candidate to be able to get the job done.

When asked what he thought the role of government is, Tiernan said on a state level the primary role is to keep Oregonians safe, but the government also has a role of providing great infrastructure, taking care of those who cannot take care of themselves, spending money wisely, watching cost overruns, and resolve problems in times of crisis.

”People who are going to comit crimes and do things they shouldn’t be doing, address it, put them in jail, arrest them and keep our communities safe,” said Tiernan.

When asked about Oregon’s current weaknesses, Tiernan mentioned a lack of leadership and lawlessness that are driving Oregon down. He also cited the homeless problem stating that it is a state-wide problem, not just Portland. He spoke out about the lawlessness that occurred in Portland during the pre-pandemic riots, saying that those who committed the crimes should have been pursued and prosecuted.

“The biggest problem in Oregon right now is a lack of leadership, said Tiernan. It takes a leader to take on difficult problems and march to a solution. I have been doing it for the last 30 years.”

When it comes to homelessness, Tiernan says it needs to be determined if the cause of the homeless situation is a lifestyle choice, or if the person is really down on their luck.

“First there has got to be a short-term solution to get the homeless off the streets, then the long-term solution is to address the reasons why people are homeless, said Tiernan. We have to have a system to help.”

Tiernan’s overall message was that as governor he will be tough on crime while using his problem-solving and leadership skills to come up with solutions to Oregon’s toughest problems.

The full audio interview is below