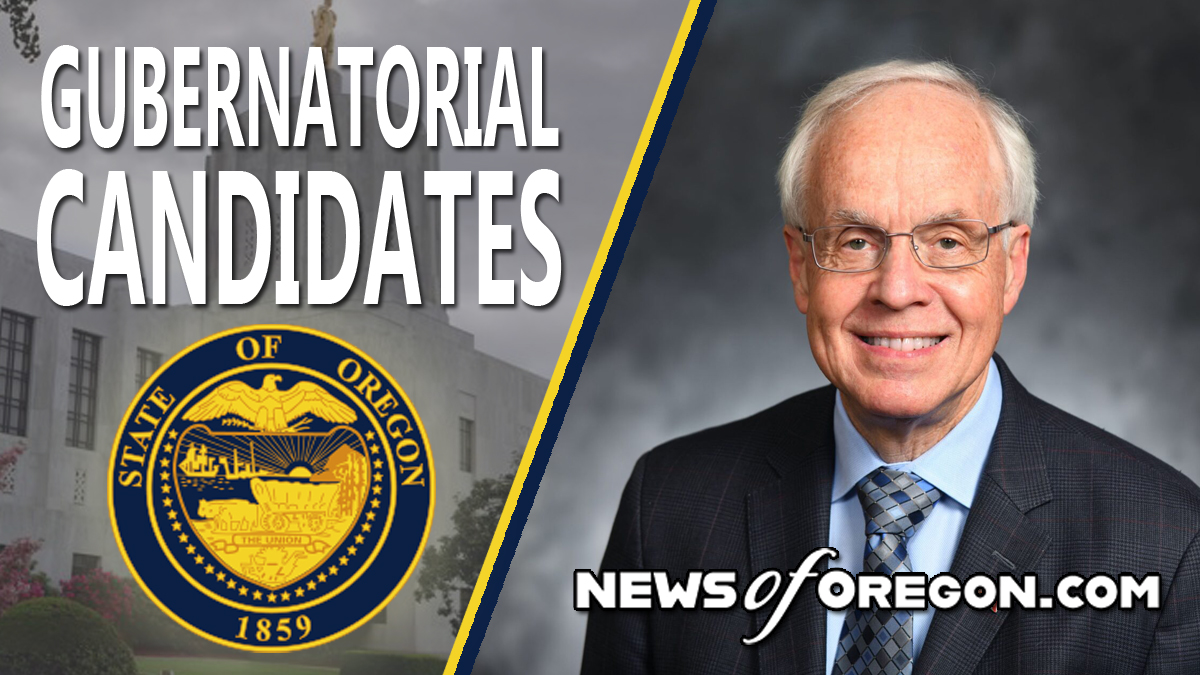 On March 10, 2022, I spoke with Oregon Gubernatorial candidate Bud Pierce of Salem, Oregon to find out more about him and his campaign.

Pierce said his decision to run for office was primarily based on his desire to serve the public which is reflected in his life’s work in service to his patients.

“I think citizens who have learned in life how to lead, and lead successful efforts, should step up and run,” said Pierce.

Pierce feels that the government’s first role is to assure public safety while creating a society that can lead to prosperity while maximizing individual liberty and freedom. He said additionally that government should unite together for the common defense in this messy world.

When asked about Oregon’s problems and how he felt they could best be solved, Pierce said the biggest problems right now are public safety, homelessness, education and training quality, and job creation which he says will take some problem-solving, not the bureaucracy commonly seen in government.

Pierce spoke about his thoughts on repealing Oregon measure 110 that decriminalized small amounts of narcotics, saying that the law, as enacted, has failed. He said the goal of the law was not so crazy and was intended to get those struggling with addiction the help they needed, but what ended up happening was that people would get their citation and then go on with their suffering lives. Also, he said that through the law we are supporting illicit drug cartels.

“We are supporting criminality and misuse of people,” said Pierce.

Regarding Oregon’s homelessness, Pierce feels that a tremendous amount of help and support will need to occur to help the homeless crisis. He cited the need for a structured environment to help those homeless that are struggling with addictions to alcohol or drugs.

As a doctor, Pierce has seen firsthand the inconsistencies in regard to the cost of medical care and wants to use his knowledge to develop a plan to help balance the cost of each medical service while better regulating the cost of specialty services.

“A lot of them [specialty centers] are monopolies, there needs to be control there,” said Pierce.

Pierce says that we need to attract and encourage business development for the purpose of offering great jobs and benefits to Oregonians. He says we have to lower the cost of education and training, and healthcare so that Oregonians can have more prosperity.