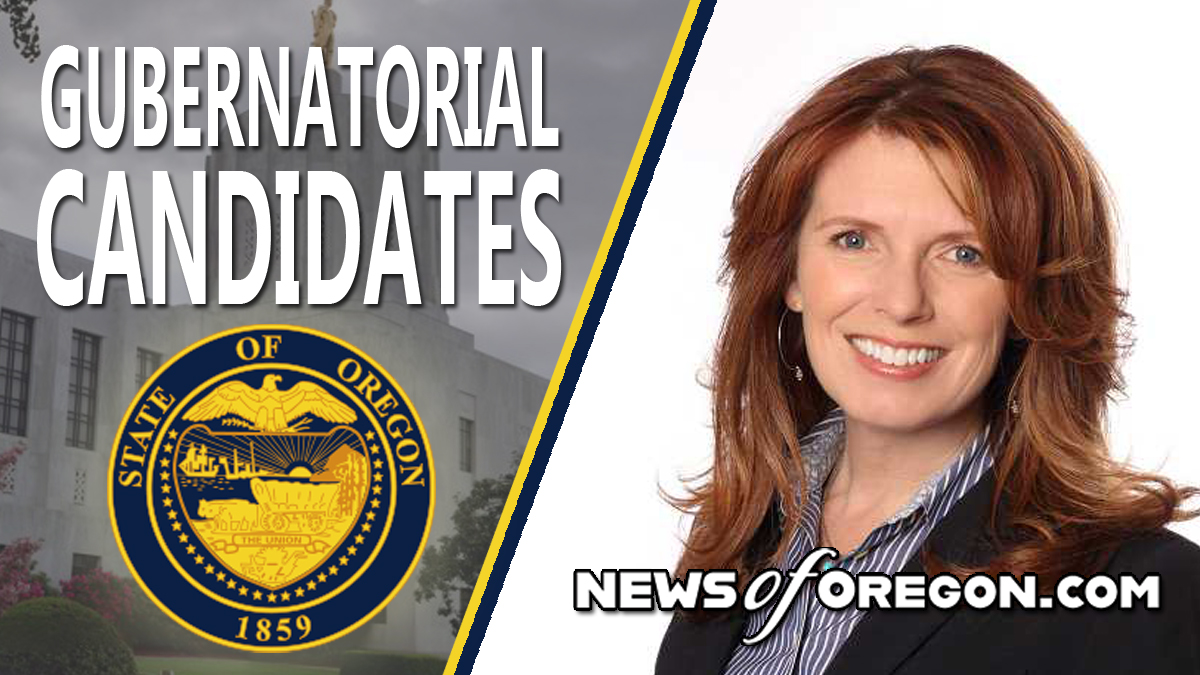 On March 30, 2022, I spoke with Oregon Gubernatorial candidate Christine Drazan to find out more about her and her campaign.

Drazan, who has served as a state representative and house republican leader in the past, decided to jump into the governors race because Oregon is a mess right now and she wants to make a difference.

“We need a new direction for our state, said Drazan. I am committed to doing everything I can to support the future of our state.”

Drazan says she believes in limited government and that government should not be all things to all people, but that there is an appropriate role for government as a safety net, providing schools and roads.

“Government does not need to step in and parent our kids, or tell us how to manage our health and health care, or what to think , said Drazan. We have gotten to that point and that is overreach and has got to stop.”

When asked about the top issues in Oregon, Drazan talked about rising costs of living, failing schools, and public safety issues such as the drug cartels plaguing southern Oregon communities. In response, she wants to work to lower taxes on Oregonians and to reduce the costs associated with the increased costs of living. Additionally, Drazan wants to get the politics out of the classroom, allowing teachers to get back to the core functions of the classroom. Lastly, she wants to support law enforcement and ensure that laws are evenly applied.

“As governor, I will step in and I will restore peace and apply Oregon’s law evenly without regard to politics,” said Drazan.

Drazan says that Oregon’s current homeless crisis is the result of a lack of good leadership.

“We need to stop looking at the homeless crisis like it is too big for us to respond to, said Drazan. There is a lot of bureaucracy being built up with very few solutions on the other side of it.”

Drazan says the passage of measure 110 legalizing the possession of hard drugs created a culture of users that don’t want to go into a shelter which requires that they not actively use drugs and that cannot be acceptable.

“You can’t continue to enable people to live on our streets, that’s not safe for them, there is no dignity in it,” said Drazan.

Drazan says that restoring local control to rural Oregon communities will a help them address issues that are more specific to that community and help build a stronger rural Oregon.

“The economic opportunities that use to be available are too often centralized in Portland along the I-5 corridor, said Drazan. If were going to really restore rural parts of our state, we need to strengthen our natural resource based economy and restore local control so that as they look at their future for their own community they have the ability to choose the future that reflects the values of that community.”