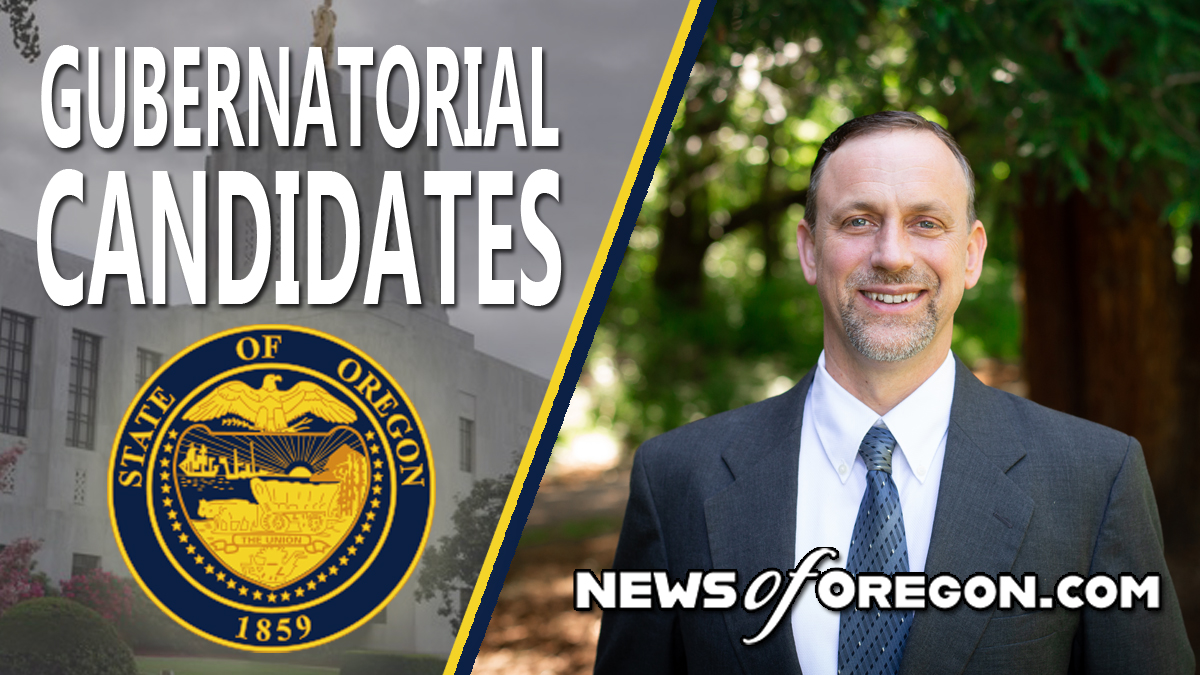 On February 12, 2022, I met with Oregon Gubernatorial candidate Marc Thielman of Alsea, Oregon to find out more about him and his campaign.

Thielman’s primary reason for deciding to run for Governor was because government is meant to serve the people, not the other way around. He says that the balance in Oregon right now is off.

“I am running specifically to show people what leadership looks like and to restore that relationship of service,” said Thielman.

When asked about the biggest problems Oregonians are facing, Thielman referred to the issues of mandates and government overreach, such as government telling people what to put into their bodies and coercing those decisions by threatening them with their job if they don’t comply.

“All of that is an example of a government that has lost connection and the relationship that it is suppose to have in servitude to the people,” said Thielman.

Homelessness is another area that Thielman is concerned about. He says that homelessness is endemic and started as an oppositional response to former President Trump and the division that happened during his Presidency when Oregon’s leadership started creating a series of supports for homelessness and orders for police to stand down, then, of course, homeless people connected with other homeless people and created homeless immigration into Oregon.

” If you go to the Portland area, the highways and byways are inundated with homeless camps, said Thielman. You can’t go to the park without fear of needles on the playground.”

Thielman believes the solution to Oregon’s homelessness is compassion, and getting to know the homeless to figure out the root causes of their situation to come up with solutions that address those underlying causes which he addresses more in-depth in the audio interview below.

Thielman says it’s the kind of reactionary decisions that Oregon’s current leadership has made in regards to these situations that makes Oregonians less free and it is his goal to change that.

“Whether it’s homelessness, or medical freedom issues, school choice, taxation policy, or regulations for businesses, the current Governor has failed in all those arena’s and I have set my mind to do something about it and change that,” said Thielman.

Thielmans overall message was that, if elected, he will work on bringing the Oregon government back into alignment in its role to serve the people of the state and protect the freedoms of the people it serves.