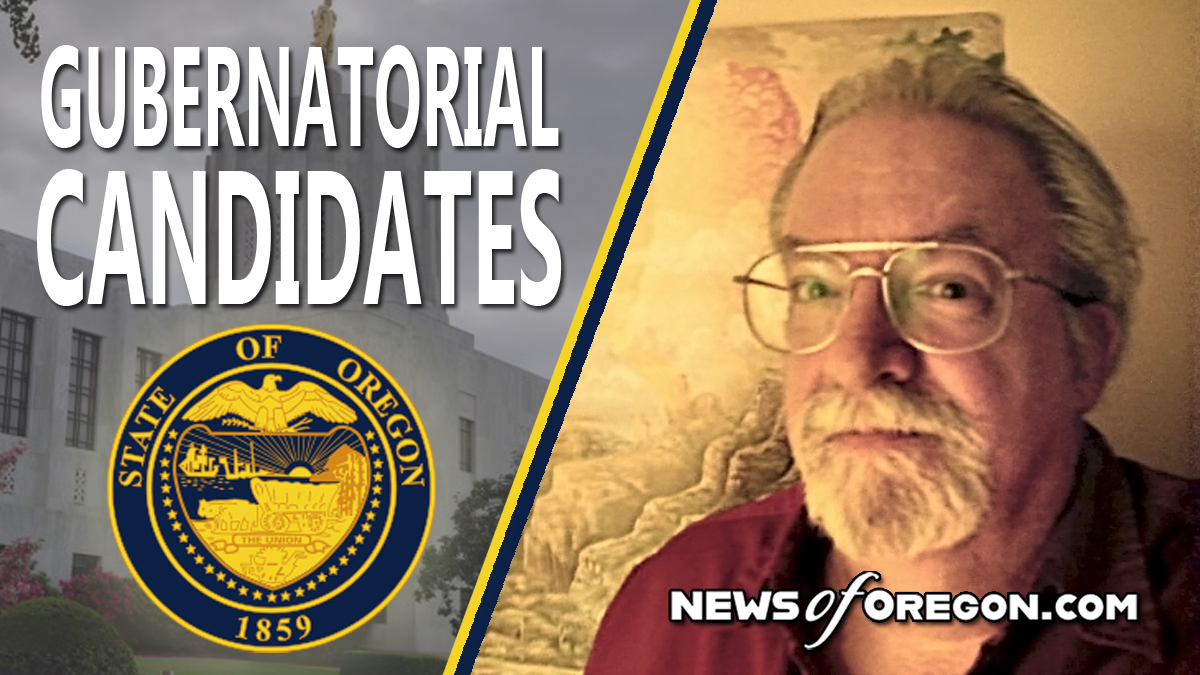 On March 7, 2022, I met with Oregon Gubernatorial candidate Peter Hall of Haines, Oregon to find out more about him and his campaign.

Hall says he made the decision to run for governor after seeing the mayor of Baker City enter the race. Hall said he would be much better to represent Eastern Oregon and to break the urban, rural divide than Mayor McQuisten.

“What really put me over was having the mayor of Baker City, Kerry McQuisten, where she ran and I said, okay, we cannot let her be the voice of Baker County,” said Hall.

Hall likens the role of government to a construction project where the nails, bolts, and cement represent the government’s role.

“Government is the glue, it is the nails, it is the stuff that keeps all of this together, said Hall. And that is what government needs to do.”

”Government needs to facilitate solutions for problems, not dictate, said Hall. We have to give people, communities, counties or states the tools necessary to do what they need to do in their communities. We don’t want urban Oregon fixing a problem that is not a problem in rural Oregon, and we don’t want rural Oregon to say we need this problem fixed and urban Oregon says we don’t have that problem.”

When asked about Oregon’s current weaknesses, Hall said that there is no magic wand solution to the challenges in the state and referred to recent efforts to address homelessness through the building of mini homes that one year later look like dumps because there was no natural cooperation from those the homes were intended to help.

“It depends upon people wanting the thing to happen, and do it good,” said Hall.

Hall wants to move to more of a flexible social welfare system that is adaptive to the true cost of living including housing. He says that the cost of housing in Oregon varies greatly from city to city and contributes greatly to whether someone might truly be living in poverty. He says that based on the current poverty levels, a person making $1500 per month and paying $600 per month in rent living in La Grande would be considered living in poverty, while a person living in Portland making $2500 per month and paying $1500 per month in rent is considered well above the poverty level when in all reality each person’s income is very similar once the cost of housing is added in.

Hall’s overall message was that there is no magic wand and that he will step up and work hard to get more people on board with simpler and more effective solutions.