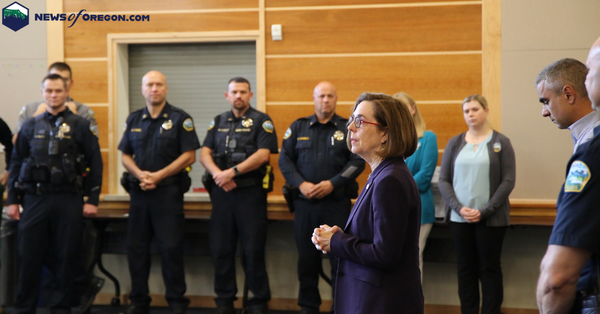 BEND — On Friday Governor Kate Brown met with Bend police officers and first responders to thank them for their rapid and professional response to the shooting at the Bend Safeway on Sunday, August 28.

“My heart goes out to the victims of this attack and their families,” said Governor Brown. “The entire Bend community has been shaken by this tragedy, and on behalf of the entire state, I am here to say we are here with you as you grieve and heal.

“I’d like to thank the Bend police officers and first responders who were on duty Sunday night. From the time of the initial dispatch call to the time the store was secured, only four minutes elapsed. They ran into the store while shots were being fired. Because they responded so quickly, lives were saved.

“Everyone has the right to be safe from gun violence. Every Oregonian should be able to go to grocery stores, to school, and to places of worship without fear of gun violence.”