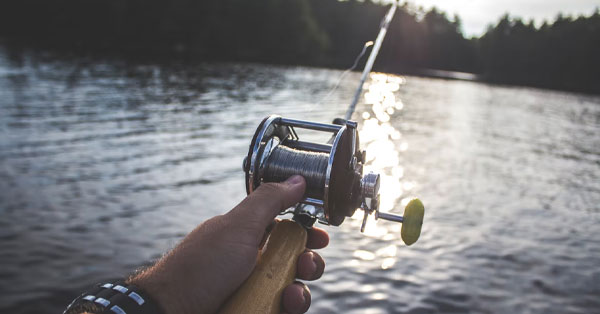 ENTERPRISE, Ore. – Starting on Sept. 24, anglers will be able to harvest coho salmon in the Grande Ronde River for the third time since they were reintroduced in 2017.

Coho returns to the Snake River basin have increased over the last three years with the 2021 return being the highest ever. “The 2022 return is looking to be similar to last year,” said Kyle Bratcher, District Fish Biologist. “We’re excited that more folks are taking an interest in this fishery and that we can provide this opportunity,” Bratcher added.

Coho salmon were reintroduced to provide for harvest in both treaty and non-treaty fisheries and to restore ecological function lost in their absence. Coho were extirpated in the early 1900s with multiple reintroduction efforts attempted up until the 1970s. Current pilot reintroduction efforts are aimed at assessing the success of reintroduction, using a lower Columbia River stock, prior to potential development of a localized hatchery stock.

While the fishery is opening on Sept. 24, there likely will not be a lot of fish in the Grande Ronde River for another week or two. Coho are just starting to cross the Lower Granite Dam and need time to make their way upriver to the Oregon section. During the past two years, catch rates have been very low with anglers primarily targeting steelhead and catching an occasional coho.

“I suspect that because anglers are focused on steelhead, we haven’t seen great fishing for coho,” said Bratcher. “I do think that once anglers start targeting them and figure out their habits, we’ll see catch rates increase,” he added.

This year’s fishery has been extended to include the roadless section from the Wildcat Bridge up to the mouth of the Wallowa River. With two years of fisheries in the books, managers can lean on lessons learned and have extended the fishery knowing it presents a very low risk of over harvest.

The regulations for the coho fishery on the Grande Ronde River will be as follows:

In addition to a strong coho return, Bratcher says that fall Chinook salmon and bull trout are also encountered on an annual basis during the Grande Ronde steelhead fishery. “Having the diversity on the Grande Ronde is great and makes for a more interesting time on the water,” said Bratcher. He added that “Anglers should brush up on species identification to stay out of trouble when harvesting steelhead and coho.”
Anglers should regularly check for updates to emergency regulations prior to fishing as they may change on short notice.  All other Oregon sport fishing regulations remain in effect.