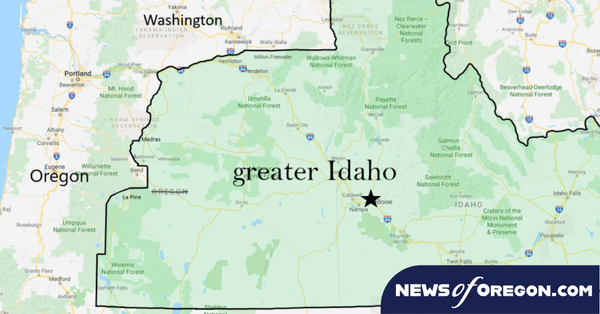 So far, eleven eastern Oregon counties have voted for the movement’s ballot measures. The movement proposes to add fifteen conservative rural counties to Idaho by convincing the state legislatures of Oregon and Idaho to move their common state line. The purpose of the initiatives is to show state legislators that voters want them to begin talks with Idaho to move the border, according to the movement’s website greateridaho.org .

Matt McCaw, the movement’s spokesman, said “eastern Oregon is mostly ranchland, and Portland is not. It doesn’t make sense for these two cultures to be dictating policy to each other. Portland voters forced a gun control measure on the whole state, although eastern Oregon voters almost defeated it. And then an eastern Oregon judge blocked it. His injunction might stand for a couple years while he decides the case.  If Oregon had let Grant and Harney counties go when they requested to join Idaho, then their judge wouldn’t have blocked an Oregon measure.”

McCaw called on the new President of the Oregon Senate, Rob Wagner, to allow a hearing on their bill in January. The bill, SJM 2, invites Idaho to begin talks with Oregon on the potential of moving the border. A January 2022 SurveyUSA poll showed that 68% of northwestern Oregon voters thought that the Oregon Legislature should hold hearings on the idea, and only 20% were opposed.