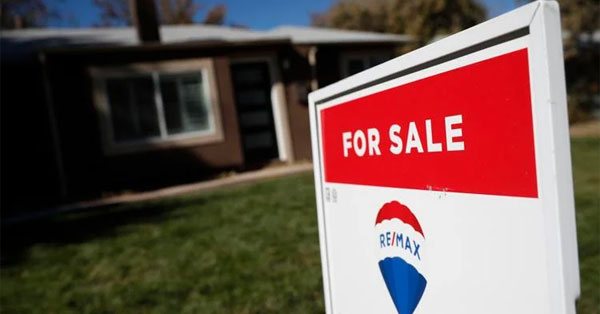 (The Center Square) – The National Association of Realtors released new data Wednesday reporting that mortgage payments have risen more than 50% in the last year. The increase hits on the heels of data from the U.S. Census Bureau showing that new home sales fell 12.6% in July, down 29.6% from a year ago.

According to Zillow, house prices have dropped in 30 of the 50 largest metro areas. Meanwhile, home values are still up 16% from last year and 44.5% from July of 2019.

“Those who still want to sell are making some necessary price adjustments. And, that’s a good thing,” said Senior Economist at Zillow Orphe Divounguy. “More than half of homeowners with a mortgage had at least 50% in home equity across the country – a new record – according to data from Attom. Those who can still afford to buy are getting a little breathing room. However, most Americans have been pushed to the sidelines.

“Housing affordability remains the biggest issue afflicting the market today and an increase in the available housing stock is a necessary condition to keep the market humming,” he added.

Pending home sales also dropped by 1% in June, the second consecutive month of decline, according to NAR. Those sales have declined in eight of the last nine months.

“In terms of the current housing cycle, we may be at or close to the bottom in contract signings,” said NAR Chief Economist Lawrence Yun. “This month’s very modest decline reflects the recent retreat in mortgage rates. Inventories are growing for homes in the upper price ranges, but limited supply at lower price points is hindering transaction activity.”

NAR said Americans’ ability to afford a home has dropped to the lowest level in decades.

“In June, housing affordability plummeted to its lowest level since 1989, according to NAR,” the group said. “Accounting for a 30-year fixed-rate mortgage and a 20% down payment, the monthly mortgage payment on a typical home jumped to $1,944, an increase of 54%, or $679, from one year ago.”

“On the demand side, housing is less affordable than it’s ever been,” Divounguy said. “On the supply side, potential sellers are not interested in trading their low fixed rate mortgage for today’s much higher rate.”