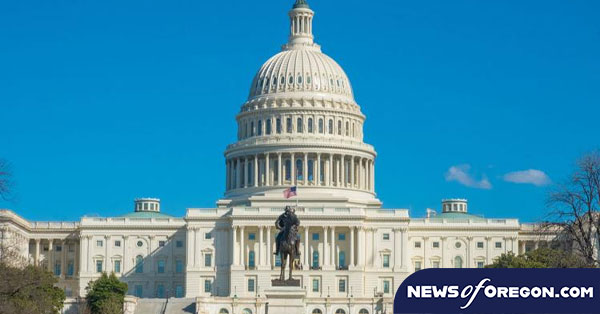 (The Center Square) – The U.S. House approved an amendment to a defense bill that expands H1B Visa status to nonimmigrants but that critics say is “bad policy and has no place in a defense bill.”

They voted for an amendment that passed as part of the National Defense Authorization Act, proposed by U.S. Rep. Deborah Ross, D-NC, Mariannet Miller-Meeks, R-IA, and Zoe Lofgren, D-CA, called “Part A Amendment En Bloc No. 4.”

It passed on July 14 by a vote of 277-150, with 62 Republicans joining most Democrats in favor. Three Democrats and 147 Republicans voted against it.

The amendment “will protect more than 200,000 young immigrants known as Documented Dreamers,” the congresswomen said in a joint statement, referring to the children of employment-based nonimmigrant visa holders.

“Documented Dreamers represent the very best of America and contribute in significant ways to our national security,” Ross said without explanation. She said she’s “heard directly from Documented Dreamers in my district who want to serve our country in uniform,” adding that it’s “unconscionable that we continue to force many of these talented, patriotic young people to self-deport to countries they may barely remember.”

Miller-Meeks said the amendment will “protect young dependents of long-term visa holders who have grown up in the U.S. and have come here legally. These dependents, including some of my constituents, come here legally as young children. They grow up in the United States, study here, and call this place home. Unfortunately, due to a broken immigration system and a decades long backlog, many of them are forced to leave. When these individuals are forced to leave, it is a loss to America’s communities and employers.”

The amendment wasn’t voted as a stand-alone amendment. It was included, along with many others, in an en bloc amendment to avoid numerous votes on numerous amendments that might not have passed if individually voted on.

According to U.S. Citizenship and Immigration Services, the H1B Visa nonimmigrant classification “applies to people who wish to perform services in a specialty occupation, services of exceptional merit and ability relating to a Department of Defense (DOD) cooperative research and development project, or services as a fashion model of distinguished merit or ability.”

However, the program was created to displace American workers, which it’s been proven to have done, the Federation for American Immigration Reform (FAIR) argues. Many of the adult visa holders have displaced Americans from their jobs, and the amendment “not only rewards the practice but encourages more of it,” FAIR argues.

FAIR opposed the amendment, arguing it “would further expand an already broken chain migration system by awarding legal status to dependents of employment visa holders who are no longer minors and should otherwise acquire their own basis to legally immigrate to the United States.”

It explains that a temporary visa program “will now become a luring path to citizenship. The message will be even more clear – come to the U.S. with dependent(s) and the system will take care of the rest. As a result, the number of employment-based green card petitions will skyrocket for H-1B visa workers, which would further increase the backlog.”

The White House and Congress refusing “to reign in the abuses of cheap foreign labor programs such as H-1B” is baffling, FAIR argues. “Year after year, lawmakers in both parties craftily and unscrupulously work to pass legislation or amendments that hurt American workers in the near, mid, and long term.”

Under current immigration law, once a visa holder’s child turns 21, they must apply for their own visa status.

Instead, the amendment “includes age out protections for dependent children on green card applications as well as nonimmigrant dependent children,” the authors of the amendment explain. It also freezes the minor’s age to the date of when their parent’s first employment-based green card application was initiated and backdates these changes to 2002.

It “protects young adults who have been in the United States as dependent children for at least eight years by allowing them to remain dependents on their parent’s employment-based nonimmigrant visa after age 21 until a visa number for their parent’s green card becomes available or until they are able to obtain another status,” according to a summary of the amendment. It also provides employment authorization to those covered by age out protections for nonimmigrant dependent children.

The Republicans who voted for the amendment include those representing 22 states: