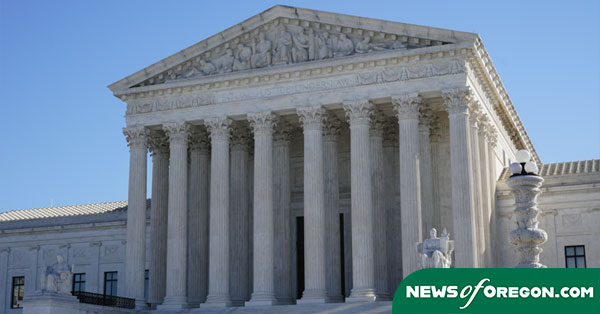 (The Center Square) – The oldest Jewish university in the U.S. has now appealed to the Supreme Court as the next step in a lengthy battle over whether the religious school has to recognize an LGBT club.

The legal battle began last year when a group of students and alumni of Yeshiva University took their university to court, demanding the school endorse an LGBTQ Pride Alliance club on campus.

The legal challengers argued the Jewish New York university, founded in 1886, is not a religious institution and should be forced to endorse the club. In June, the New York County Supreme Court sided with the students, ruling that the Jewish university did not qualify as a “religious institution,” pointing to organizational documents where the university calls itself an operation for “exclusively educational purposes.”

The university has argued this ruling could set precedent for religious schools around the country.

“Defense counsel’s arguments about the implications of this court’s ruling are overblown,” the June ruling said. “Every school with a religious affiliation or association is not necessarily affected by this court’s determination…”

Now, the university has appealed to the U.S. Supreme Court, emphasizing the religious nature of the school and thus why it should qualify for an exemption. Whether the high court will hear the case remains to be seen.

“All undergraduates are strongly encouraged to begin their Yeshiva experience with intensive religious studies in Israel, with over 80% doing so for university credit,” the school argued in their filing to the Supreme Court. “The male undergraduate students study Talmud with the Seminary students, as the University doesn’t ‘separate’ undergraduates and seminarians for religious instruction in the beit midrash or ‘study hall.’

“Yeshiva students living on campus also agree ‘to live in accordance with halachic [Jewish law] norms and Torah ideals,’ and Yeshiva complies fully with the laws of Shabbat and Kashrut and expects students in its undergraduate programs to do the same,” they add.

The university has argued that it welcomes LGBTQ students but cannot endorse the club without abandoning their religious beliefs.

“The Torah guides everything that we do at Yeshiva – from how we educate students to how we run our dining halls to how we organize our campus,” said Ari Berman, president of Yeshiva University. “We care deeply for and welcome all our students, including our LGBTQ students, and continue to be engaged in a productive dialogue with our Rabbis, faculty and students on how we apply our Torah values to create an inclusive campus environment. We only ask the government to allow us the freedom to apply the Torah in accordance with our values.”

Yeshiva’s legal team points out that it has banned anti-LGBTQ bullying and discrimination and “provides support services to its LGBTQ students.”

“When secular authorities try to tell Yeshiva University that it is not religious, you know something has gone terribly wrong,” said Eric Baxter, VP and senior counsel at Becket Fund, a legal group working on the case. “The First Amendment protects Yeshiva’s right to practice its faith. We are asking the Supreme Court to correct this obvious error.”