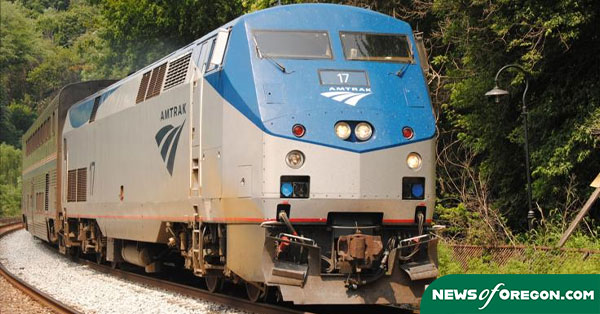 (The Center Square) – Lawmakers sent a letter to Amtrak Wednesday requesting a briefing as well as all documents related to how taxpayer subsidized Amtrak may be used to transfer illegal immigrants across the border.

“Due to the dysfunctional border policies of the Biden Administration, the United States Customs and Border Patrol (CBP) recorded an unprecedented number of border encounters in the last few years,” the letter said. “To date, this fiscal year has seen over 1.7 million encounters at the border, over 600,000 more than last year at this time, and roughly 1.4 million more than in the last year of the previous Administration. We are concerned about the impact that a significantly greater border surge could cause to your services and the potential use of Amtrak in the Administration’s response to its self-created border crisis.”

The lawmakers point to the surge of illegal immigration across the border. Illegal immigration is expected to rise even further if the Trump-era Title 42 policy allowing federal agents to expel illegal migrants in order to prevent the spread of COVID-19 ends as the Biden administration plans.

Biden tried to lift Title 42, but a judge blocked the decision in May of this year.

“If Title 42 were to end and cause another migrant surge at the southern border, we are deeply concerned that Amtrak’s resources – especially those supporting the Sunset Limited route – will be used to transport illegal migrants,” the letter said. “Such a situation would cause disruptions for Amtrak customers as well as interrupt freight traffic on the Union Pacific-owned track that could further exacerbate the supply chain crisis. Such actions would also constitute an unconscionable use of significant amounts of taxpayer funds and resources to aid in the movement of illegal migrants.”

The lawmakers fear that recently appropriated funds in the bipartisan infrastructure bill will be used to transport illegal immigrants instead of for railway improvements.

They argue that Amtrak “should focus on rebuilding its existing network by developing sustainable ridership on this line to rebound from this devastating financial loss largely compensated by taxpayer funds.”

“To accomplish this task, the Infrastructure Investment and Jobs Act (IIJA) provided significant new funding to Amtrak with $66 billion in advanced appropriations, including $16 billion in advanced appropriations for Amtrak’s National Network (that includes the Sunset Limited) over 5 years,” the letter said. “These funds should be spent on upgrades, maintenance, returning Amtrak to full pre-pandemic ridership, and working towards profit.”

The letter comes as the latest federal data shows that nearly five million foreign nationals have illegally entered the U.S. since President Joe Biden took office, which is more than the individual populations of 25 states.

U.S. Customs and Border Protection said this week that 199,976 people entered the country illegally in July, a 325% increase from the average month during the Trump administration. Fentanyl has been coming across the border as well, helping drive overdose deaths in the U.S.

“The Biden-created failures at the border deeply alarm Americans, including politicians from both parties, as weapons and record amounts of drugs are smuggled daily into American communities,” the letter said.