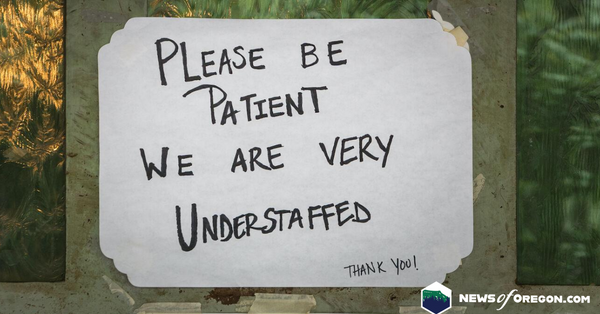 (The Center Square) – As the nation pays tribute to the American workers’ contributions and achievements on Labor Day, economists with the Federal Reserve Bank of St. Louis say the labor market and the economy are at a crossroads.

William M. Rodgers III, the vice president and director of the St. Louis Fed’s Institute for Economic Equity, analyzed how unemployment, job vacancies, inflation and the possibility of a recession will affect the American worker in two recent blog posts.

As Rodgers looked back on the year since last Labor Day, the labor market continued to recover from the COVID-19 recession. However, inflation – at the highest levels in 40 years – is reducing wage gains resulting from high numbers of job openings and low unemployment.

Openings peaked at 11.9 million in March and decreased to 11.2 million in July, according to Fed research. Rodgers believes fewer job openings could lead to higher unemployment among vulnerable workers.

“If labor market conditions begin to deteriorate, lowering structural barriers to getting a job that the pandemic exacerbated could help,” Rodgers wrote. “Investments in supports that help job searchers receive and accept offers have the greatest potential to reduce these barriers to work. This is particularly important for fully restoring the labor force participation of women, especially mothers, who disproportionately left paid work during the pandemic to take care of their families.”

Rodgers and Alice L. Kassens, a professor of economics at Roanoke College and a research fellow at the Institute for Economic Equity, also examined obstacles preventing some from returning to the workforce.

While they note an economy is in recession when gross domestic product falls in two consecutive quarters, they also state the National Bureau of Economic Research’s definition of a recession relies on a variety of indicators. If we’re in a recession or entering one, economists can’t predict its effects on employment.

“One potential pathway is that the overall unemployment rate will not increase substantially as the job openings rate falls,” wrote Rodgers and Kassens. “Under this scenario, the number of job openings could fall from its extremely high level over the next few months to a lower (but still strong) level and have a relatively limited effect on hiring and unemployment.”