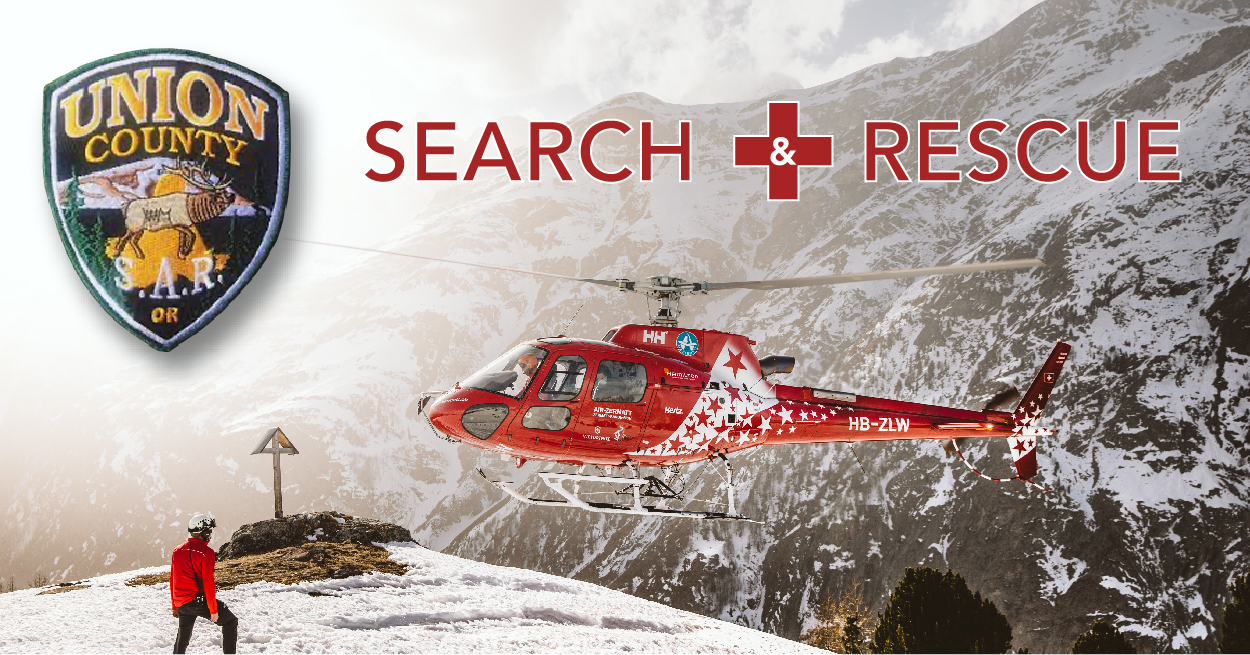 Union County – On the afternoon of October 31, 2022, Union County Sheriff’s Office SAR received a report from the U.S. Forest (USFS) Service Blue Mountain Interagency Dispatch (BMIDC) of a 62 year old man from Grants Pass who had sustained potentially serious injuries to his pelvis after falling from a horse when it left a trail on a steep hillside. The accident occurred approximately 0.85 miles by trail from Red’s Horse Ranch in the Eagle Cap Wilderness and was reported by members of the man’s hunting party who had ridden to Red’s Horse Ranch and notified the USFS caretaker there.

Union County SAR was activated and aviation assets were immediately requested through Oregon Emergency Management to insert SAR personnel due to rapidly incoming inclement weather and the nearest trailhead being approximately 6.5 miles from the patient. No state aviation assets were available due to the weather, so due to the circumstances, Life Flight Network provided authorization for SAR personnel to be inserted into the area by their helicopter stationed in La Grande.

Shortly after 5:30 PM, the La Grande Life Flight helicopter flew the first combined SAR and Life Flight team to Red’s Horse Ranch. That team proceeded to hike up the USFS 1908 trail towards the patient while the helicopter returned to load and insert a second team of SAR personnel. The first team met the injured man and his party on the trail at about 6:15 PM. Just prior to take-off of the second SAR team, the team on-scene advised that no additional personnel were necessary to effect the rescue, so the helicopter was unloaded at the airport and returned. The man was assisted to Red’s Horse Ranch and at about 8:00 PM was transported by Life Flight to St. Alphonsus Hospital in Baker City with non-life-threatening injuries.

The Union County Sheriff’s Office SAR team would like to extend sincere thanks to both Life Flight Network and the U.S. Forest Service for providing invaluable assistance that led to a timely resolution of this incident despite the remote location. Were it not for the USFS caretaker’s ability to activate SAR, Life Flight transporting personnel to and the patient from the scene, SAR use of the USFS radio network, and lodging provided in the USFS cabins, this incident likely would’ve taken many hours or potentially even days longer to resolve and involved significantly more logistical complications.