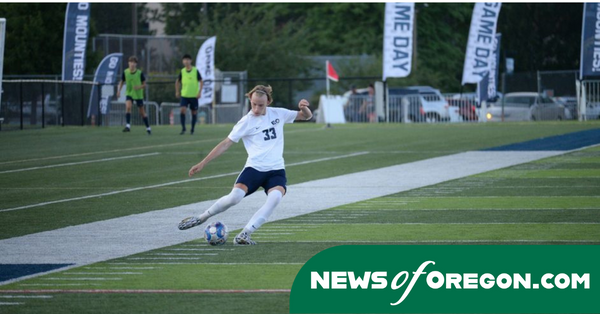 Springfield, Ore.-  (Release from Eastern Oregon University) The Mountaineers were back in action Tuesday afternoon as they kicked off the first round of the Cascade Collegiate Conference Tournament. No. 7 seeded Eastern took on No. 2 seeded Oregon Tech. After a hard-fought match that took overtime to determine a winner, the Mounties fell to the Hustlin’ Owls 3-2.

The first half of the match was a shootout as a combined 13 shots were taken by the teams. Eastern was the more accurate team in the first half as they were able to strike first. It was a Marcos Bravo 27th-minute goal assisted by Edgar Perez that broke the 0-0 tie giving Eastern a 1-0 lead. The Mounties were able to hold the Hustlin’ Owls scoreless through 45 minutes of play, holding their lead into the half.

As the second half proceeded OIT looked to push the pace. Just five minutes into the second half they were able to strike, tying the match up at one a piece. Eastern was not fazed by the quick Oregon Tech goal and responded quickly. Just three short minutes later in the 53rd minute Faris Ceranic headed a pass from Edgar Perez into the back of the OIT net. The Eastern lead didn’t last long as the Hustlin’ Owls stayed on the attack and were rewarded in the 60th minute, tying the game up 2-2. The score remained 2-2 after 90 minutes of play sending the match to overtime.

The overtime rules consist of two 10 minute halves that were played to completion regardless of score. As the first overtime period proceeded Tech stayed on the attack and were able to strike first just three minutes into the overtime period giving Tech a 3-2 lead. This 93rd minute goal by Oregon Tech’s Cade O’Neill proved to be the game winner as the Mounties were unable to strike again.

The loss concludes the 2022 season for Mountaineers. EOU finished 9-8-2 on the season and 6-6-1 in Cascade Collegiate Conference play.