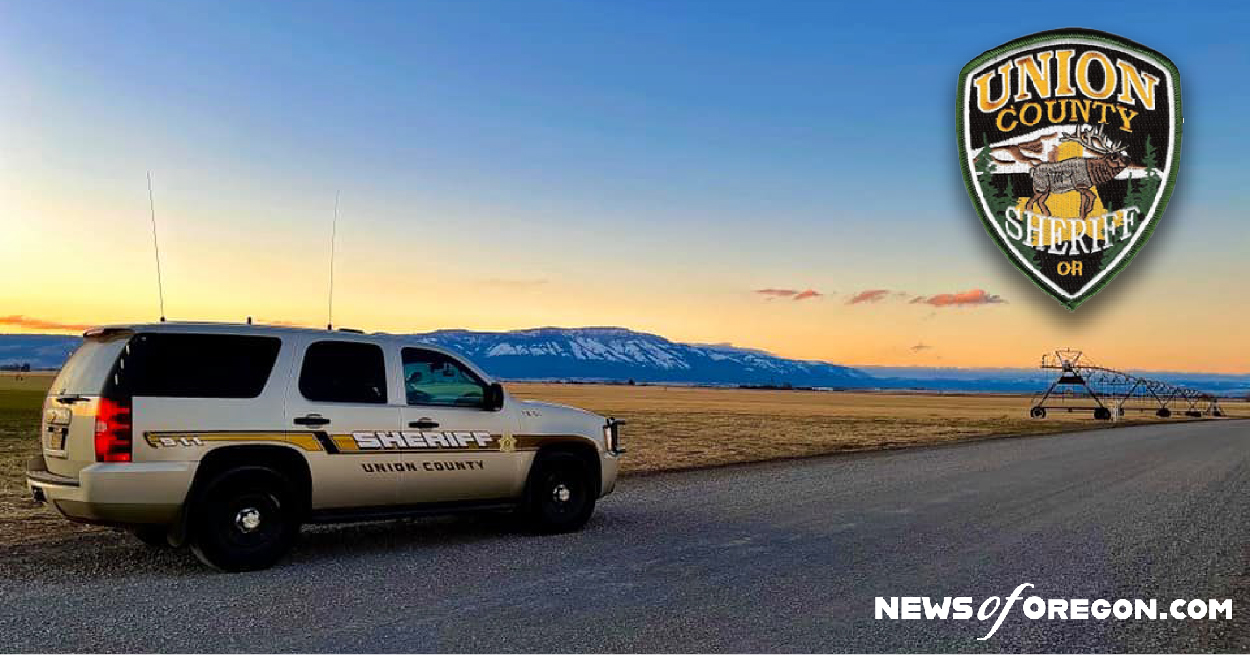 Union County – (Release from Union County Sheriffs Department) On Sunday, October 30th, 2022 at approximately 1225 hrs., a Union County Sheriff’s Office Deputy, attempted to contact Remington Pierre Miller (DOB-04/02/1987) at the Sinclair station in North Powder, OR. Mr. Miller, who had felony warrants for his arrest, fled in a vehicle and was pursued by the Union County Sheriff’s deputy, assisted by Oregon State Police. Mr. Miller abandoned his vehicle on Forrest Service Road 4350 and fled on foot with passenger McKinzie Breanna-Rose Simonis (DOB-06/18/1998) and their six-month-old child. The couple was tracked through snow covered woods by Deputy Dane Jensen and K-9 Molly assisted by Oregon State Police Troopers who eventually took them into custody at about 1655 hours.

Remington Miller was arrested and charged with Attempt to Elude in a Vehicle (811.540), Attempt to Elude on Foot (811.540), Failure to Register as a Sex Offender (163A.040), and two counts of Recklessly Endangering (163.195). He was also arrested on felony Klamath County warrants and a felony State Parole Board warrant.

McKinzie Simonis was arrested on a Union County warrant for Failure to Appear in the Second Degree (162.195). The six-month-old infant was listed as a missing person and there was a court order to place the child in state protective custody. Department of Human Services was contacted and responded, taking custody of the infant.

The Union County Sheriff’s Office would like to thank Oregon State Police and Oregon Department of Human Services for their assistance.