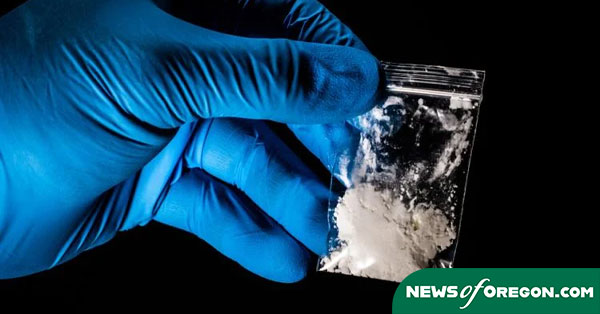 (The Center Square) – Florida Attorney General Ashley Moody is calling on President Joe Biden to classify illicit fentanyl as a weapon of mass destruction after 26 people in two separate incidents were poisoned by fentanyl in one week, including nine who died over the July 4 weekend.

She sent a letter to President Biden on Monday demanding that he take immediate action to stop the fentanyl crisis in America. Last year, 75,673 adult Americans died from opioids, primarily fentanyl. Over the past two years, more than double the number died from synthetic opioids than were killed in the Vietnam War, Moody noted.

While she’s not equating fentanyl deaths “to those of Americans who fought and gave their last full measure of devotion for this country,” she said, she’s providing the numbers “to give context to the stark carnage that this country is experiencing.

“Fentanyl has hit the state of Florida hard, like many other states across this country, and the death toll is increasing at an alarming, exponential rate.”

According to the Florida Department of Law Enforcement, there were 5,806 fentanyl-related deaths in 2020; in the first six months of 2021, there were more than 3,210.

Moody sent the letter after 19 people overdosed from fentanyl poisoning in Gadsden County over July 4 weekend, killing nine. One week later, seven people were found unresponsive at a convenience store in Tampa after they’d consumed drugs laced with fentanyl.

In March, five West Point cadets overdosed, in addition to others in their group who also got sick from drugs laced with fentanyl while on spring break in Wilton Manors. The exposure was so deadly, that the first responder also overdosed after attempting to resuscitate them, Moody said. Those poisoned by fentanyl in Tampa and Wilton Manors survived after receiving medical treatment.

“Fentanyl has flooded into the country, and Joe Biden continues to look the other way as Mexican drug cartels smuggle massive amounts of this deadly opioid across our southwest border,” Moody said after the Gadsden County incident. Addressing the president, she said: “Biden, do your job, secure the border and help us end this opioid crisis.”

In the letter, she said the Biden administration has “done little to abate this American tragedy. Indeed, many of your policies have exacerbated the death toll,” caused by fentanyl “making it across our southern border.”

Moody noted that “the federal government already works to disrupt the supply chains of other chemicals, biological, radiological or nuclear weapons. It’s not hard to imagine that similar tactics could be used to reduce the flow of illicit fentanyl into the U.S. through cartels in Mexico – and save countless American lives.”

According to the Department of Homeland Security, a WMD “is a nuclear, radiological, chemical, biological or other devices that is intended to harm a large number of people.”

Last July, the nonprofit organization, Families Against Fentanyl and a group of bipartisan officials, called on the president to designate fentanyl as a WMD. They did so after record amounts of fentanyl were seized at the southern border and after federal data showed that fentanyl is the leading cause of death among 18-45-year-old Americans. More Americans died from fentanyl in 2021 than from gun violence and car accidents combined.

FAF’s founder, James Rauh, said, “Not only is illicit fentanyl being used by drug traffickers to poison thousands of unsuspecting Americans, it is also a chemical weapon that poses a very real threat in the wrong hands. The growing prevalence of fentanyl also heightens the potential for this deadly drug to be repurposed by terrorists or cartels as a chemical weapon in a mass-casualty event.

“The fentanyl death toll will continue to rise unless America takes bold action,” he warned.

FAF welcomed Moody’s call to action, noting that the WMD designation has bipartisan support in Congress.

“With A.G. Moody’s announcement today, the movement continues to grow. … It’s clear that the status quo isn’t working,” it said. “WMD designation would allow the federal government to activate unused and under-used resources to stop illicit fentanyl before it ever reaches our border.”

Biden has issued recommendations to Congress to reduce the supply and availability of fentanyl and issued an executive order imposing sanctions on foreign nationals involved in the global illicit drug trade in the U.S.

Fentanyl is a synthetic opioid that’s 50 to 100 times more deadly than morphine. Roughly two milligrams, about the weight of a mosquito, is enough to kill a full-grown adult.

Fentanyl precursors are often first shipped from China to Mexican ports. Cartel workers make fake opioid pills or lace other narcotics with them and then transport them into the U.S. primarily through the southern border.