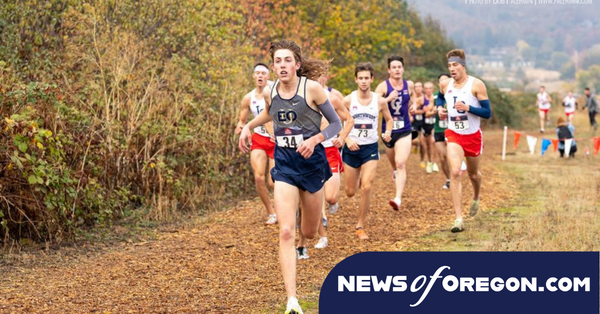 La Grande, Ore – (Release from Eastern Oregon University) The NAIA announced the qualifiers for the 2022 NAIA Men’s Cross Country Championship on Tuesday, Nov. 8. 36 teams and 78 individuals earned a spot in the field. Eastern Oregon made the cut receiving an at-large team berth to the championship.

To earn a spot in the NAIA National Championship teams had to automatically qualify by winning their conference championship meet or receive one of 14 at-large bids determined by an oversight committee. The Mountaineers received an at-large bid after taking third at the CCC Championships. EOU was the favorite going into the meet ranked first in the conference and No. 5 in the country but underperformed due to some health challenges.

“The guys are focused and bouncing back from a disappointing Conference race and those under the weather at that time are feeling better now,” Coach Ben Welch said. “We just need to hope that continues and no one else gets sick.”

Eastern will look to return to form at the 67th Annual Men’s Cross Country National Championship held in Tallahassee, Fla. on Nov. 18. The course will be located at the Apalachee Regional Park. This is the first time the race has been held in Tallahassee.

“This is a quality group that has put in a lot of hard work so we are hoping they are all ready to go,” Welch said.