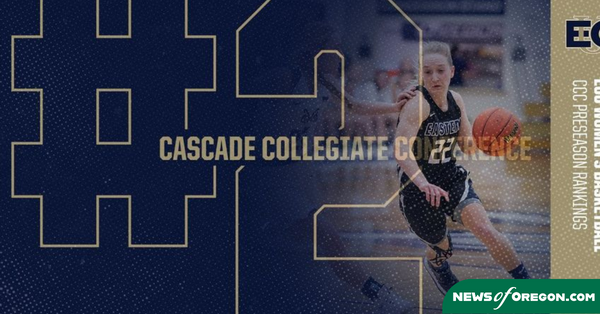 “We are honored at the recognition from our conference coaches,” Head Coach Anji Weissenfluh said. “Each year we strive to be a top program within the CCC and being named pre-season second speaks to the tradition we have in our program, but each year is a new year and we can’t rely on previous years’ successes.”

Head Coach Anji Weissenfluh begins year 23 as she will look to guide Eastern Oregon Women’s Basketball back to a Cascade Collegiate Conference title. Already the winningest coach in school history, Weissenfluh enters this season at 497-174 and is just 3 wins away from 500.

Eastern will look to be a CCC contender once again after finishing second in the confer­ence a year ago. For the first time since the 2018-19 season, EOU returned to the NAIA National Tournament. The Mounties were bounced out in the opening round after a close loss to No. 12 Sterling College in Park City, Kan.

“We have a lot of new players this year and are working hard to come together,” Weissenfluh said. “We have high expectations and goals pushing our team to work hard day in and day out. I am excited for the season to get started.”

The Mountaineers do bring back four starters from last season. Back for this year is First Team All-CCC selection and Honorable Mention All-American Sailor Liefke who will be joined by 2021 CCC Player of the Year Beverly Slater. The pair will look to lead the Mounties back to the top of the Conference in the 2022-23 season. EOU will have to find a way to replace the production of All-Conference guard Taylor Stricklin, their leading rebounder and second leading scorer a year ago.

EOU will start off the season with an exhibition on the road against Eastern Washington on Sunday, Oct. 30. The Mounties will return for their first home game at the start of conference play on Dec. 2 when they take on Oregon Tech at 5:30 p.m. in Quinn Coliseum.