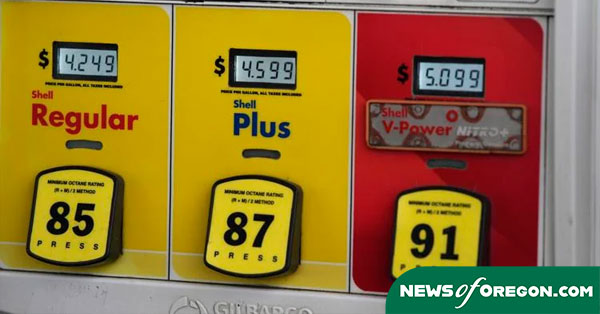 (The Center Square) – After hitting a record national average of $5 per gallon in June, gas prices have settled back to about $4 per gallon of regular gas.

The national average price just one month ago was $4.72.

“The national average is poised to fall back under $4 per gallon as early as today as we see the decline in gas prices enter its eighth straight week,” said Patrick De Haan, head of petroleum analysis at GasBuddy. By the end of the week, one hundred thousand stations will be at $3.99 or less.”

“The groundwork is laid for a ninth week of decline, with areas of the West Coast soon ditching the $5 per gallon average,” he added. “While I’m upbeat the drop can continue for another couple weeks, we’re starting to see some activity in the tropics, which may increase risk of potential disruption.”

The price drop is a big change from earlier this year, when gas prices hit record highs day after day. The White House touted the recent price drop.

“Gas prices have declined by an average of 96 cents per gallon over the past 55 days. That’s almost eight straight weeks of declines,” White House Press Secretary Karine Jean-Pierre said. “The fastest decline in gas prices in over a decade is saving American families with two cars $100 a month on average.”

The prices have decreased nationwide but still vary widely by state. According to AAA, the average price for a gallon of gas is at $5.45 in California, $5.42 in Hawaii, and $4.86 in Washington. In Texas, the average price is $3.56 per gallon and in Florida it is $3.78.

The latest price drop, though, still leaves gas prices much higher than they were when President Joe Biden took office, or even than just one year ago. The same time last year, the national average price for a gallon of regular gasoline was $3.19.

Republicans have blasted Biden for the elevated prices, saying he has focused too much on government spending bills and not enough on lowering costs.