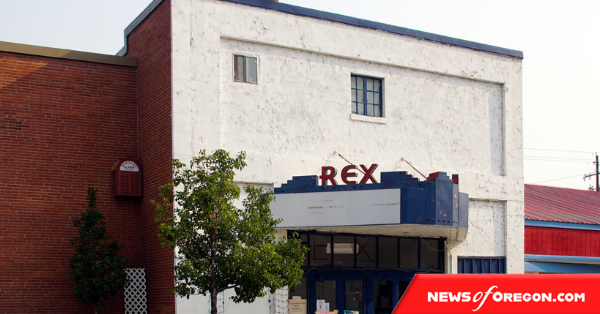 VALE – The Rex Theater is among Oregon’s latest entries in the National Register of Historic Places, Oregon’s State Advisory Committee on Historic Preservation (SACHP) recommended the nomination at their November 2021 meeting.

The National Park Service — which maintains the National Register of Historic Places — accepted the nomination of the Rex Theater in March 2022.

The Rex Theater is an Art Deco Style building built in 1928. It was constructed and has operated as a theater for the past 93 years. The location, setting, and feel of the theater represent the city’s early twentieth-century infrastructure and business development. Associated with the Golden Age of Hollywood, the theater had a profound social and cultural influence on the community, being the sole source of entertainment for both the community of Vale and surrounding towns during the period from 1928-1937, until a neighboring town constructed a theater. The Rex Theater has proven to be an invaluable resource to the town of Vale and has contributed substantially to the historic, social and cultural fabric of the area.

The Rex Theater is a recipient of the Oregon Historic Theater Grant awarded in 2020. The program was developed from a National Park Service grant award to Oregon State Historic Preservation Office in 2019, through the Paul Bruhn Historic Revitalization Grant. The grant funded both the nomination and rehabilitation projects on the theater.

Properties listed in the National Register are:

National Register listing does not place any restrictions on a property at the state or federal level unless property owners choose to participate in tax benefit or grant programs.