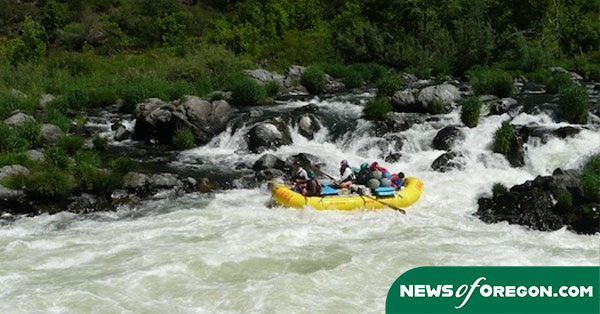 June is National Rivers Month and a proposal in Congress would protect more of Oregon’s rivers.

Currently about 2% of Oregon’s 110,000 miles of river are protected under the federal Wild and Scenic River Act. The River Democracy Act would add wild and scenic protections to 4,700 miles.

Kait Sampsel is co-owner of Humble Heron Fly Fishing and Fine Art, which operates on the Rogue River. She said safeguarding more rivers in the state is important for future generations.

“The idea is to be able to catch these things ahead of time,” said Sampsel, “put in these protections ahead of time versus caught with our tail between our legs and go, ‘Oh, man! There’s a huge issue. If we would have seen the trend, we would have been on top of the ball.'”

The River Democracy Act has received pushback from Republicans in Oregon. They say it could hamper timber counties’ ability to reduce forest fuels, which increases the risk of fire hazards.

Wild and scenic designation does not impact private property or traditional uses of the land like fishing and hunting.

Sampsel said rivers are a crucial part of the outdoor recreation economy in Oregon, which generates more than $15 billion in consumer spending. She said communities on the Rogue River, 36 miles of which is protected as wild and scenic, get that.

“The main vein, that Rogue River is running right through numerous communities,” said Sampsel. “Without the river, those communities would suffer hugely.”

The Oregon waterways included in the River Democracy Act were chosen from more than 15,000 suggestions sent to the office of Sen. Ron Wyden – D-OR.

“Start by going out and playing at your local river and building a connection,” said Sampsel. “And that start right there – I hope that you’ll understand why we’re needing to protect these rivers.”

Support for this reporting was provided by The Pew Charitable Trusts.