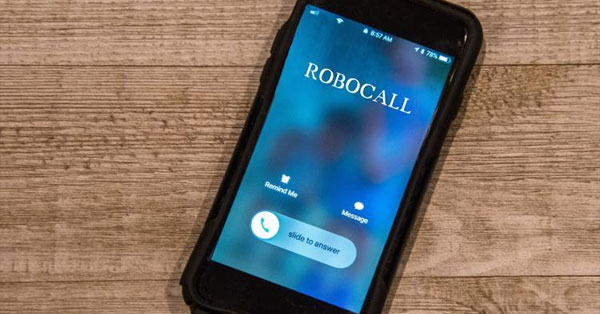 (The Center Square) — A new nationwide Anti-Robocall Litigation Task Force has been created, looking to crack down on the calls that lead to an estimated $29.8 billion stolen through scam calls each year, according to the National Consumer Law Center and Electronic Privacy Information Center.

The task force — which is composed of all 50 state attorneys generals — will work to go after “bad actors” in telecommunications and will work to cut down the number of robocalls that residents throughout the United States receive.

“Robocalls aren’t just an Illinois problem. They are a nationwide problem,” said Illinois Attorney General Kwame Raoul. “That is why I am proud to join my fellow attorneys general in launching this task force. Robocalls cost consumers time and money, as well as violate their privacy.”

Nationally, 33 million scam calls are received by Americans each day.

“We all get robocalls and we all hate them. But South Carolina cannot fight them alone because robocalls are a nationwide problem,” Wilson said. “That’s why I am proud to join my fellow attorneys general as we take this fight to anyone who helps these scammers and robocallers.”

The task force will work to investigate and take legal actions against companies that aren’t following the rules and also will work to educate consumers.

The task force has already made demands to 20 of the gateway providers and entities that are allegedly responsible for the majority of the foreign robocalls. The task force believes that some of the providers are intentionally turning a blind eye to the offenders.

The scam calls being targeted by the group involve Social Security Administration fraud against seniors and Amazon scams against consumers. Often, the scams target vulnerable citizens.

The attorneys general advise consumers to file Do Not Call or text complaints to donotcall.gov/report.html, hang up immediately if you suspect fraud, be wary of prerecorded calls pretending to be government agencies and to be wary of any caller who asks for a gift card, wire transfer or cryptocurrency.