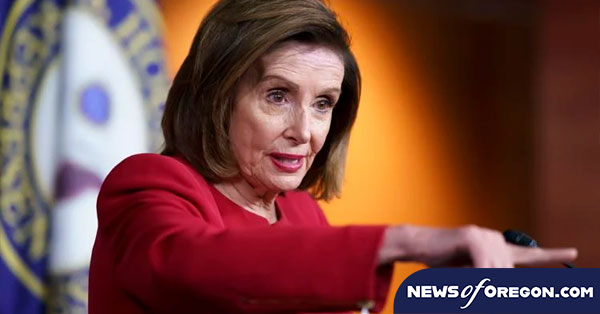 (The Center Square) – Nearly 100 Republican members of Congress have called on House Speaker Nancy Pelosi to hold accountable President Joe Biden for what they say is his “illegal $300 billion student loan giveaway.”

Initially, the cost estimate was $300 billion. However, since then, the Committee for a Responsible Federal Budget (CRFB) projects that “cancelling up to $20,000 for some borrowers will cost taxpayers between $440 billion and $600 billion over the next ten years, with a central estimate of roughly $500 billion.”

The federal government’s overall actions on student loans since March 2020 have cost roughly $800 billion, it notes. “Of that amount, roughly $750 billion is due to executive action and regulatory changes made by the Biden Administration,” it states.

At a news conference on Friday, White House Press Secretary Karine Jean-Pierre said it’s a very targeted plan that’s going to give relief to 90% of Americans who are making less than $75,000 a year. That is important. This is a campaign promise that the president made and kept and he went beyond, not just the $10,000 but up to $20,000.”

Republican U.S. Reps. Jody Hice of Georgia and Elise Stefanik of New York led a coalition of 94 Republicans who sent a letter to Pelosi on Friday arguing the president’s plan is illegal.

“Noticeably absent from the President’s plan is any plausible legal authority to implement such a policy,” they write. “No provision of the Constitution nor any act of Congress, including the Higher Education Act, grants President Biden or the Secretary of Education the authority that they falsely claim to wield through this unilateral action.”

They quote a July 2021 claim Pelosi made in which she said, “People think that the president of the United States has the power for debt forgiveness. He does not. He can postpone, he can delay, but he does not have that power. That has to be an act of Congress.”

Of Pelosi’s claim, Hice said in a statement that he was “demanding that Speaker Pelosi decisively act and stand by her previous statement – a direct repudiation of President Biden’s executive overreach.”

He added, “President Biden is a desperate politician. His plan to transfer $300 billion of debt onto the backs of hardworking American taxpayers is a politically craven stunt that makes a mockery of our Constitution and the rule of law.

“Speaker Pelosi has a choice to make. Will she cave to the President’s shockingly illegal act or will she back up her own words by taking swift action?”

The members of Congress also urge Pelosi to “heed your own words and act to defend the Constitution and the rule of law.”

Pelosi has yet to issue a statement on the matter and has not responded to requests for comment from the media about her previous claim or the president’s plan.