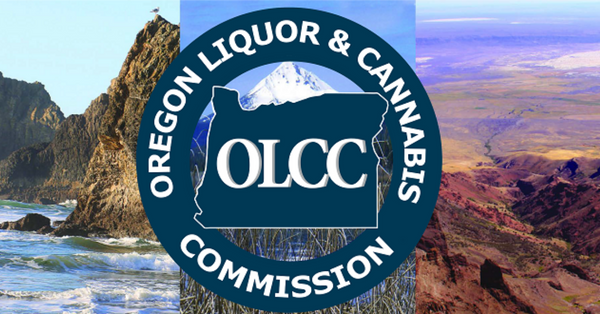 PORTLAND, Ore. – The Oregon Liquor and Cannabis Commission (OLCC) again raised alarm about the risk to state revenue if the agency is held up on building a new alcohol distribution warehouse. During their regularly scheduled monthly meeting on Thursday, December 15, 2022, Commissioners reviewed the agency’s rising liquor sales revenue and discussed how revenue growth could be jeopardized if the OLCC isn’t able to stock enough product to meet consumer demand.

The Commission also reviewed a study of home alcohol delivery, discussed a proposal to continue a 50-cent surcharge on liquor products, and approved a modernization of alcohol rules. Organizations representing Oregon’s medical marijuana patients and the adult-use cannabis industry shared with Commissioners their priorities for Oregon’s 2023 legislative session and the Commission approved stipulated marijuana and alcohol program settlement agreements.

But that growth is restricted by the limited storage available in the current OLCC warehouse which is at 98 percent capacity. That threatens the OLCC’s position as the state’s third largest revenue generator, contributing more than $600 million every biennium (click on sales and revenue tabs) to the state’s budget, including $19 million for addiction programs across the state during the most recent budget period. Plans for building a new warehouse in a Canby business park were scrutinized in recent news coverage.

OLCC Chair Paul Rosenbaum addressed the issue by underscoring that properties for building a warehouse were scarce to begin with when OLCC started looking three years ago. Those locations shrank from nine to four properties after some were snapped up by other buyers; ultimately just one location remained that could work.

“We either pay the premium for a very good optimal piece of property for business operations because no other properties were available, or we would endure a revenue loss in the 2025-27 revenue budget,” said Rosenbaum.

Even a one-month delay from the OLCC’s anticipated September 1, 2025, opening of the new warehouse would cost the state more in lost revenue than the premium paid for the property. If the warehouse opened October 1, 2025 rather than September 1, 2025 it would mean $16 million less in sales due to insufficient capacity at the existing warehouse.

Under the current construction timeline, the new OLCC warehouse is targeted to be move-in ready by September 2025. Each year of delay from that point forward would increase what the state “leaves on the table”, when normal demand growth plus an increase in the state’s population are compared to existing warehouse capacity.

Separately, the Commissioners reviewed results of an alcohol home delivery study conducted in Oregon that measured compliance with alcohol purchase identification requirements. Although the survey sample was small, it revealed that 1-in-3 home delivery companies did not check identifications when delivering alcohol to residential locations. The study identified the lack of consistent standards and that the delivery industry needs to do a better job training its drivers to keep alcohol out of the hands of minors.

Since the legalization of adult-use cannabis in 2014, Oregon has transitioned from a medical patient system to a regulated adult use market that includes hemp, marijuana and medical cannabis. The Commission heard from organizations representing patients and cannabis businesses about lingering challenges of operating in the legal system as well as their proposals to relieve those growing pains in the upcoming legislative session.

Cannabis industry representatives say they’ll press for legislation that expands license privileges (social consumption and event sales) to provide economic stability and reduces the environmental impact (packaging changes) of some regulations. Also, an advocate for medical marijuana patients expressed the need for the state to create a reference lab that could establish cannabis product assurance guidelines to protect consumers.

The Commission also ratified three stipulated settlement agreements for both alcohol and marijuana licensees. Detailed information on the specific cases below can be found on the OLCC website:

TIO PEPE MEXICAN RESTAURANT (F-COM) in Eugene, will pay a $2,250 fine OR serve a nine-day license suspension for one violation.

THREE RIVERS GRILL (F-COM) in Hood River, will pay a $2,970 fine OR serve an 18-day license suspension for two violations.