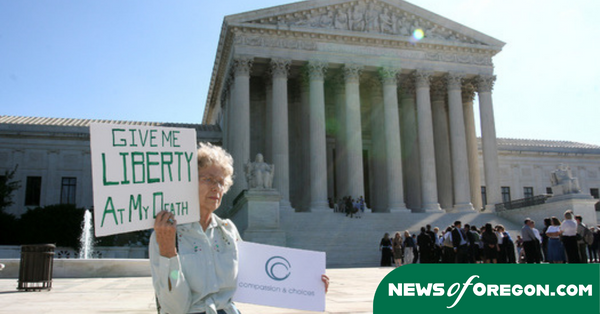 Today marks the 25th anniversary of Oregon’s first-in-the-nation law allowing medical aid-in-dying. The 1994 “Death with Dignity” law permits mentally capable people with less than 6 months to live to get a prescription for a medication, approved by two doctors, which they can then choose to take in order to end their suffering. Barbara Coombs Lee, former president of the group Compassion & Choices, co-authored the law. She said her work faced a long fight.

“It was under constant assault for 12 years at the state and federal level,” Coombs Lee said. “I used to call this bill the little engine that could. It wasn’t really finally resolved until 2006 when the last challenge was dismissed by the U.S. Supreme Court.”

Attorney James Bopp Jr., with the National Right to Life organization, led the fight against Oregon’s law. He argued, unsuccessfully, that pain control made the law unnecessary and that it would prevent depressed terminally ill adults from making an informed decision.

In the past 25 years, only about 5,000 terminally-ill Americans have used a medical aid-in-dying prescription. The state of Oregon shortened the waiting period and waived the state residency requirement.

“Medical aid-in-dying brings about a profound amount of peace of mind, not just for the dying person, but also for everybody within a state who might potentially want the option of medical aid-in-dying,” Callinan said.