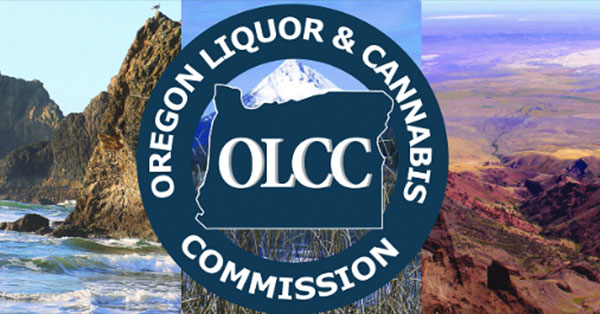 PORTLAND, Ore. – Despite significant operational disruptions as a result of the Covid-19 pandemic, Oregon’s craft distillers are cautiously optimistic about their economic future according to an industry report made to the Oregon Liquor and Cannabis Commission (OLCC).

The Oregon Distillers Guild shared that business outlook at the March 17, 2022, OLCC Commission meeting. During the same meeting, the Commission also considered 10 proposals before selecting two new small business owners to take over operations of existing liquor stores in Salem and Silverton. The Commission also agreed to transfer ownership to Clackamas County a portion of OLCC’s land the county has been leasing for more than 30 years.

The Distillers Guild shared with Commissioners that only two Oregon distillers have permanently closed as a result of the pandemic. The distillers’ group pointed to emergency rules approved by the OLCC, including allowing individual consumer online sales and curbside product pickup at distilleries and tasting rooms for helping them survive. These business-focused policy changes enabled distillers to generate income when bars and restaurants closed.

According to the Guild, there are now 78 craft distilleries in Oregon, more than the 71 located in the bourbon famous state of Kentucky, which gives Oregon the highest per capita number of distilleries in the U.S. based on population. Annual sales from Oregon craft distillers at OLCC liquor stores, which guarantees shelf space for Oregon distilled products, increased from $63M in 2020 to $67M in 2021.

The Guild also emphasized support from the OLCC for legislation approved in 2020 allowing distillers to keep a higher percentage of revenue from tasting room sales as a crucial change that is transforming tasting rooms from loss leaders for product marketing into modest profit centers.

“Smaller companies have different needs than bigger companies,” said Tom Burkleaux of the Oregon Distillers Guild. “We appreciate the partnership with the OLCC in helping us make a place for people like me to actually invest and grow a company and do the hard work to try to make this industry successful.”

As the industry continues to “re-open”, Oregon’s distillers are focused on penetrating markets in other states despite limited support from national distributors. Guild representatives told the Commission they expect the Oregon brand of distilled spirits will expand in popularity as long as the industry remains successful in its home state.

Due to the departure of two small business owners, the Commission invited small business applicants to present their plans on how they would operate two existing stores. The Commission selected Paul Carabajal to own a liquor store in North Salem, and Andrew Doern to operate the Silverton liquor store. Carabajal plans to increase business by expanding the selection of more popular brands. In his business proposal, Doern said he would expand shelving to increase the number of available products and modernize the overall look and feel of the store.

The Commission also approved a plan to transfer a section of land, where the current OLCC warehouse and headquarters is located, to Clackamas County. The County has been leasing that portion of the land, which is split by Johnson Creek, to operate separate men’s and women’s community corrections center buildings owned by the County to provide rehabilitation services for drug and alcohol offenses.

Under the terms of the existing lease that was agreed to decades ago, when the lease ends there is two option; OLCC would have to compensate the County for the assessed value of the correction center buildings or the County would have to remove their buildings at their expense and restore OLCC’s land to its original condition. OLCC Commissioners decided that approach wouldn’t be in the public interest.

The OLCC won’t charge the County for the land, which the County has been leasing for one dollar a year, with an agreement that Clackamas County will pay all costs associated with the land transfer.