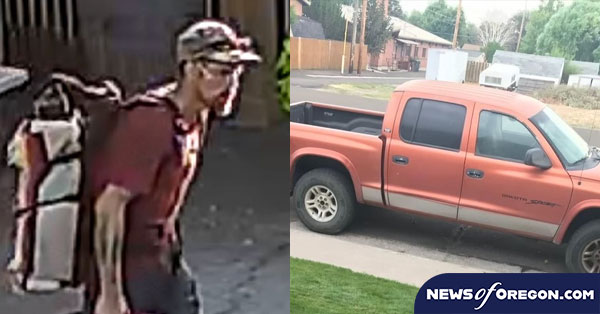 On September 14, 2022 at approximately 10:19 AM, the Oregon State Police were advised Humboldt County Sheriff’s Office was in pursuit of an armed and dangerous suspect that had committed multiple violent felonies from Salt Lake City, Utah to Elko, Nevada.  The vehicle entered Oregon on Hwy 140 and was last seen northbound from Plush, OR.

The vehicle and suspect have not been located. The vehicle is described as burnt orange/silver 2001 Dodge Dakota 4-door. The plate is Nevada-436 NTR. The suspect is described as a white male adult, approximately 6 feet tall with a thin build, and beard. His clothing has been described as black jacket, brown pants with a baseball cap. The pants were also described as tan camouflage.

The suspect should be considered armed and dangerous, having committed prior home invasions and car-jackings. He should not be approached and if seen call 911 or contact the Oregon State Police Dispatch Center at 800-442-0776 or *OSP (*677) from your mobile phone.