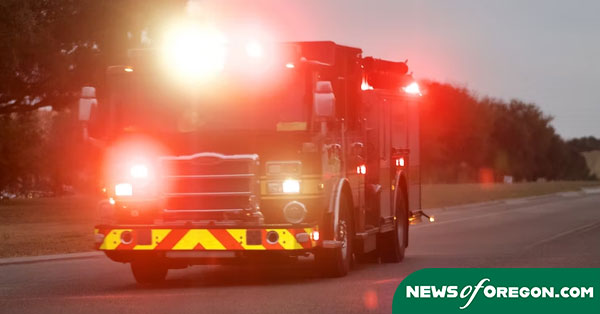 SALEM, Ore. – Recent lightning and the elevated threat of wildfire in Central and Southern Oregon have prompted the Oregon Office of State Fire Marshal to pre-position two structural task forces of firefighters and equipment in Deschutes and Klamath counties over the coming week.

These task forces will be the second and third task forces mobilized this year for a pre-positioning assignment.

“Oregon experienced significant lightning over the last 24 hours, and with rising temperatures returning the next few days, the potential for holdover fires is there,” Oregon State Fire Marshal Mariana Ruiz-Temple said. “We’re using the power of the Oregon Fire Mutual Aid System (OFMAS) to move resources and add capacity to respond to any fire that may spark. Our goal is to keep fires small and away from communities.”

Pre-positioning resources is just one of the tools the OSFM has as part of its Response Ready Oregon initiative. These resources will bolster any initial fire attack or allow a quick response to other emerging incidents in the state. These firefighters and equipment are not assigned to a specific incident but are an added resource to increase the state’s readiness if there is a fire.

The OSFM is not mobilizing any incident management teams (IMTs). The teams are ready to go if they are needed.